Woman With Feet In River Water 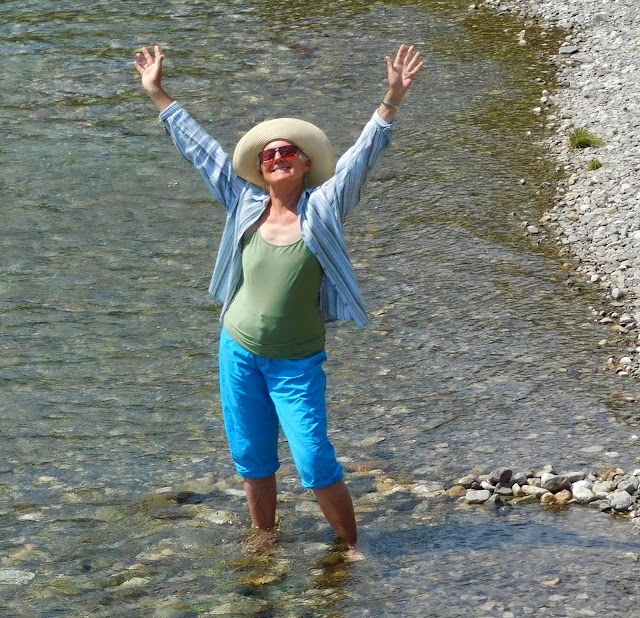 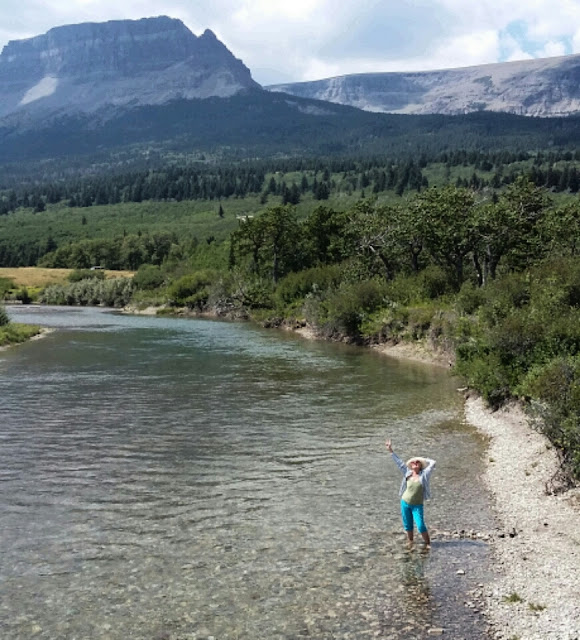 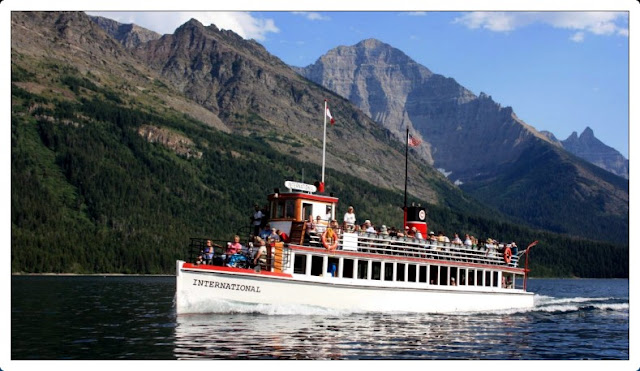 Talk about temperature whiplash!  Each day seems to be 20-30 degrees cooler or hotter than the previous day.  Today was no exception.  Yesterday was right around 63 degrees.  Today made it all the way to 93 degrees.  Who knows what tomorrow's going to do.  We feel pretty safe in thinking it won't get to 123 degrees! After all, this park ain't named “Glacier” for nothing, ya know?Turns out we spent most of the day messing with Road Trip logistics.  Cleaning the trailer.  Organizing gear.  Getting ready for Canadian Customs tomorrow.  All that little nit-picky stuff takes bits and pieces of time and those bits and pieces add up to hours and hours and time passes and before you know it a whole day's gone by.We did take time to walk over to the Visitor Center and actually even saw their film.  It was a nice film.  It apparently was made back when Time Lapse was “new & cool”.  The film sure had more danged time lapse than I could wrap my head around.  And it also had lots of High Speed film, too.  High Speed is when you do some trick and speed everything up to Warp Nine.  But it was a nice film.


We did take the time to gently hassle one of the NPS Police.  Technically, they aren't called Police.  They are called Law Enforcement Officers, “LEOs” for short.  We started out by telling her how much we appreciated her service and The Park and so forth.  And then we gently told her about all the speeding vehicles in the campground.  I swear I saw one guy doing 50 MPH in a 10 MPH zone right past our teeny, tiny trailer.Well, get this.  You know why they can't bust these people?  Because they have the wrong radar guns!  No kidding.  She asked us to  write a letter to park mgmt. to try to get them the right radar guns.  Sometimes truth is stranger than fiction.  And so it was today.  Anyway, we wished her luck and proceeded on.The Saint Mary River bisects the area between camp and the Mission 66-era Visitor Center.  There's this beautiful arching foot bridge over the swift but shallow river that drains toward Hudson Bay.  Oh, how Sweetie Susun loved that bridge and river.  She immediately declared she had to go put her feet in that river and she sure did. If Susun was a Blackfoot Indian, they probably would have named her “Woman With Feet In River Water”.

The flowers are simply going totally nuts all over the place here in this National Park.  It's a chaotic color riot every where you look.  Up at Logan Pass it was positively psychedelic.  Thank Goodness it was all fogged in or the riotous color might have been too much to handle.Well, we've finally decided what we're doing in Waterton this week.  Yep, it turns out our sole purpose for going there will be to ride The “International” up to Goat Haunt.  Yep, it's pricey all right.  Gonna cost $100 Canadian for the both of us but we don't care.  It's a once-in-a-lifetime opportunity and we can't wait for our Tuesday Gilligan's Island two hour tour.Each afternoon and evening we play cribbage.  Susun has been on a really long losing streak.  But that's OK.  She's been on really long winning streaks, too.  One summer, she won over 200 games in a row before I won one.  Honest.  Lately, it's been my turn and I don't think she's won but maybe ten games out of the last 150.  But she's turned the corner today and I sense that she's back on one of her outrageous winning streaks.We play a minimum of six games and a maximum of nine games a night.  Basically, it's “best of a series to 3.”  Each Series is best of three games.  For example, today she won Series #1 two games to one.  We take long breaks between each series.  If she wins Series #2 then she wins for the night.  If I win Series #2, then we go to Series #3.  That's how it works.And on that scintillating cribbbage note, we will bid you adieu until the next thrilling episode of Miscellaneous Meanderings!
Posted by John Parsons at 5:33 PM

I love your blogs....always scintillating. ...