Whenever his birthday rolls around each year, we always try to do something special so we can remember all our Good Times and all my Father's Great Teachings.  That's one reason we switched our departure date this Season to April 18th.  It's Dad's Birthday!  It will be great to be driving up to Vermilion Cliffs on Dad's Birthday.

We aren't going to have time Friday morning (April 18) to create and post this Memory of my Dad so we figured we'd put it up a few days early.

All these photos (with very few exceptions) are screen shots from the PDF of my Dad's book.  Hence, the photos are grainy but they tell the story.

OK, let's get started.  My Dad's Dad was a cavalry soldier who served under General Pershing in the Pancho Villa Campaign.  When I knew Grand Dad he was like a lot of Grand Dads of the 1950's and 60's, old, tired and cranky.  But back in his Dashing Days, he cut quite the cavalryman figure.  He is shown here with my Dad's Mom and Dad's oldest brother, Richard, in 1917 while Grand Dad was still in the US Army riding horses. 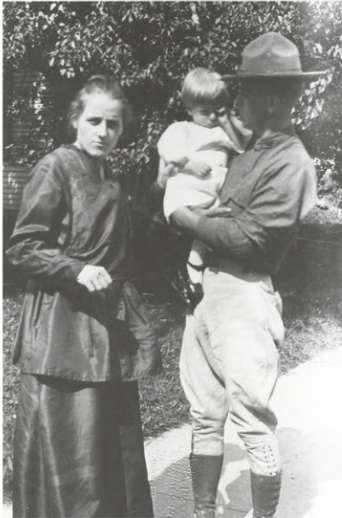 Below is a scan of an original photo I found in my Mom's Estate of Dad with his three brothers.  Their Mom died after the youngest boy (David--far right) was born.  Dad and his brothers were raised by their Dad. 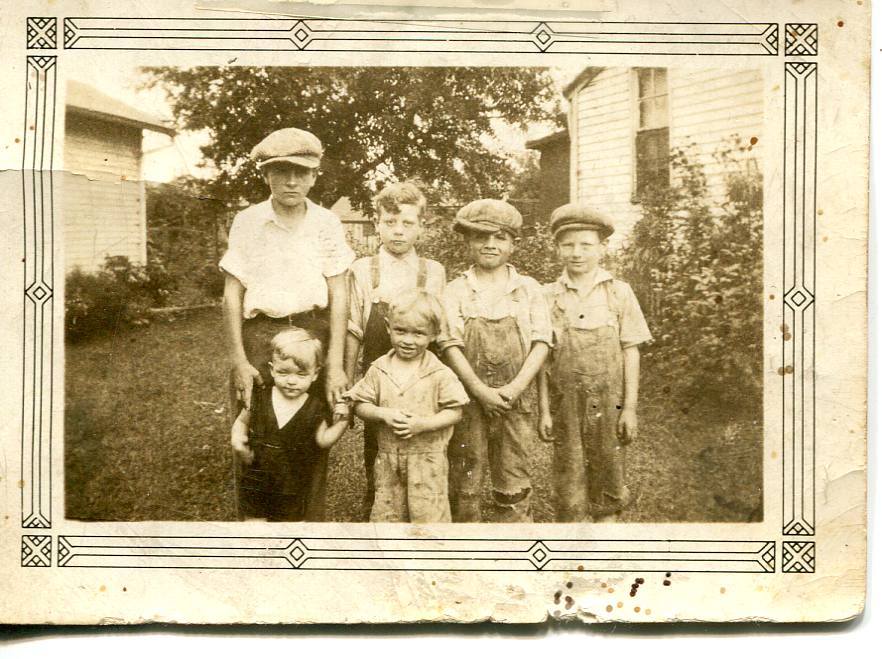 Below is a crop of Dad from the above photo.  His expression even as a child captures his attitude.
Totally Positive All The Time!  He was an "I'm gonna git 'er dun" kinda guy!

Below you see Dad's high school Senior photo from 1939.
He went to a little tiny school called Klondyke in Tippecanoe County, Indiana. 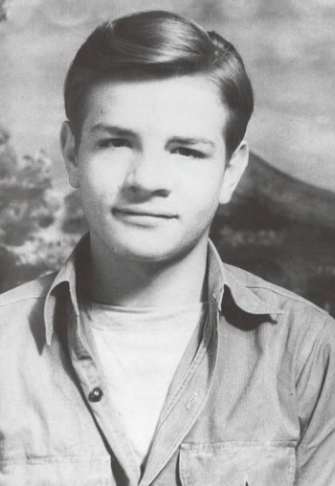 This was the way my Dad looked in the year he met my Mom.  BUFF! 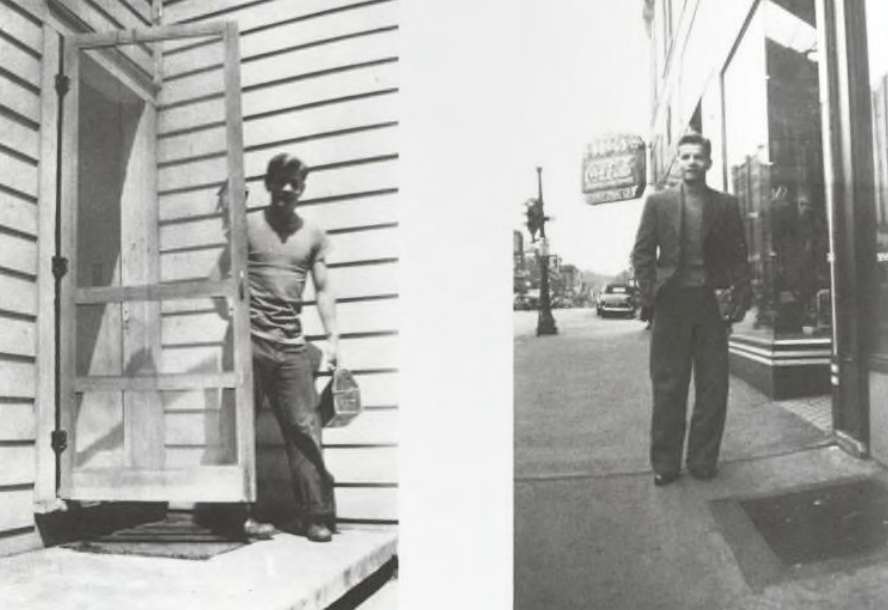 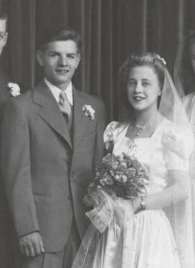 Here they are on their honeymoon in Sheffield, Illinois. 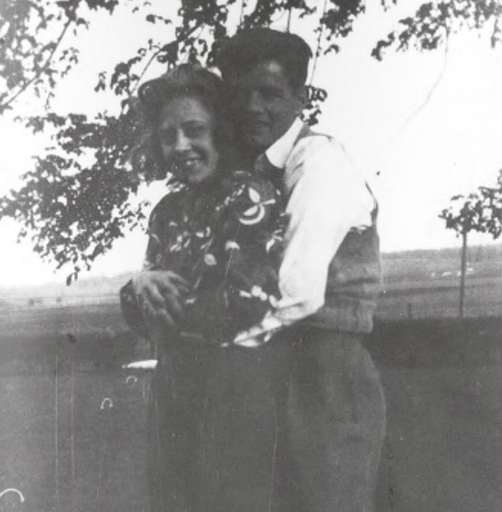 Eventually, Dad got inducted into the World War Two military.
He wound up in what was then called The Army Air Force.
It is now known as the United State Air Force (USAF).
This is a photo of the day Dad had to get on the train to ship off to basic training. 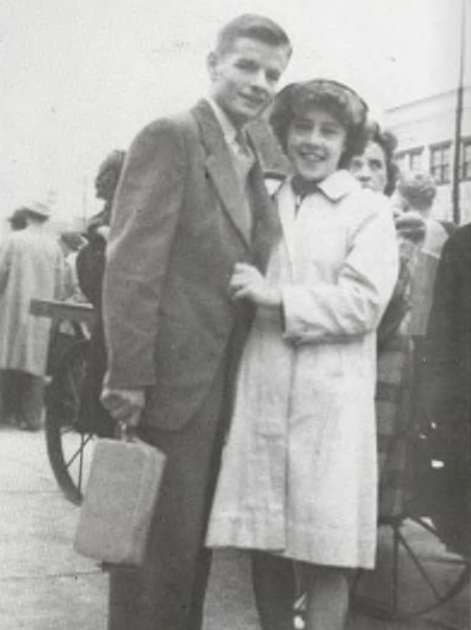 Mom followed Dad all over the United States as he went through his training.
But that's another long story unto its own.  Eventually. Dad and his B-17 crew
wound up at an airbase in England.  The photo below is how he looked on a good day there. 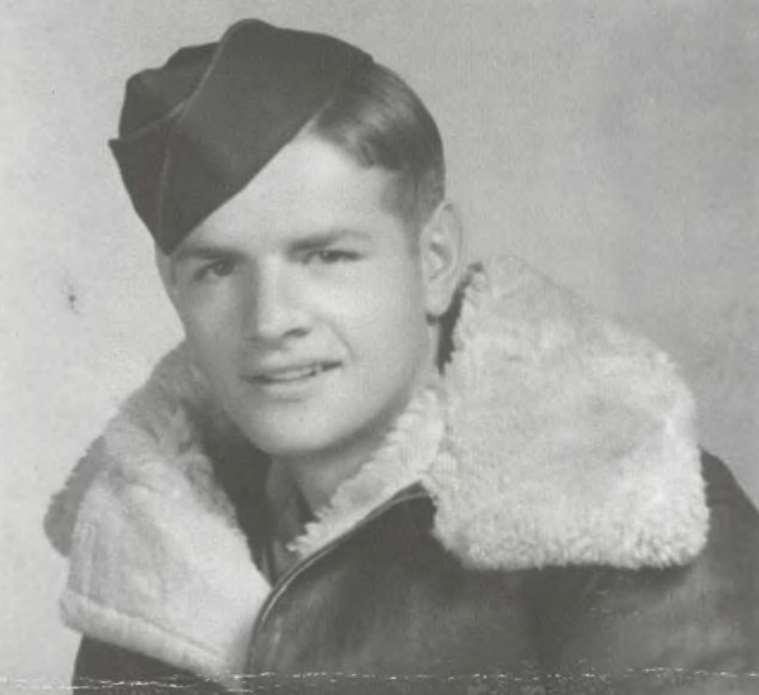 Dad and his buddies were just Big Kids, of course.  Dad was 21 when he started fighting for his life in aerial gun battles high over Germany.  When they weren't on bombing missions they would often goof off in the B-17. 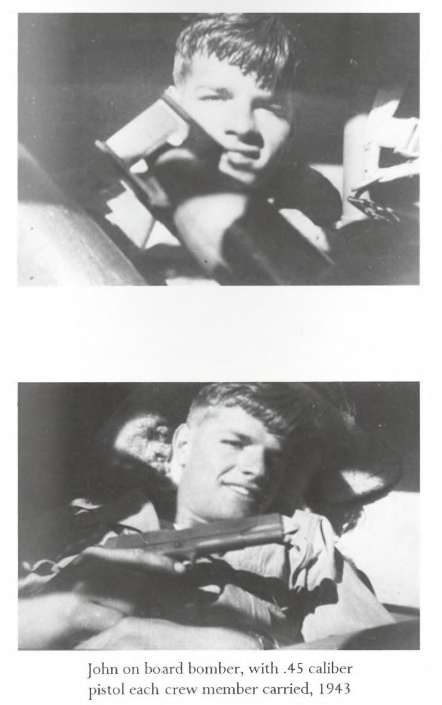 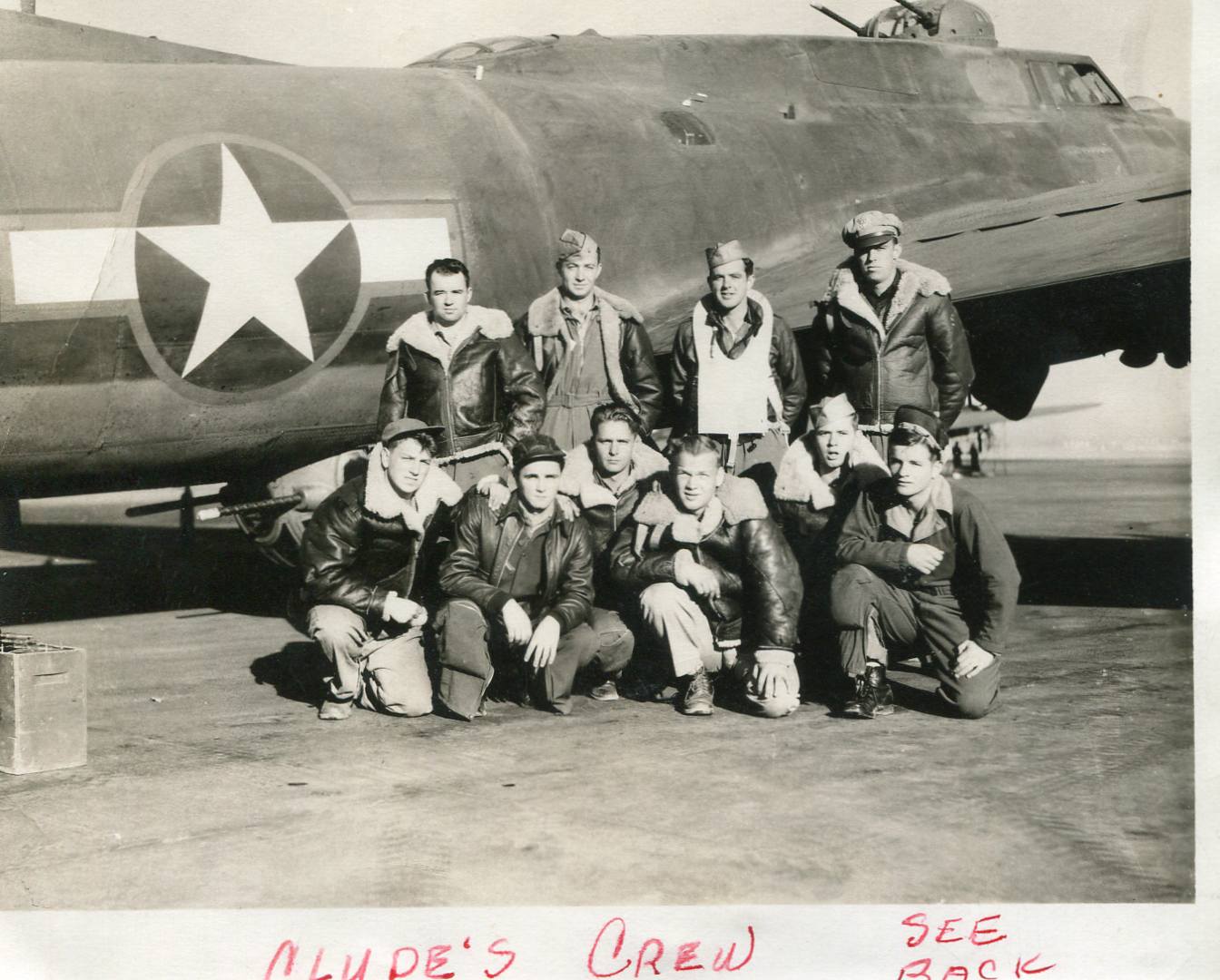 Here's Dad's "fraternity."  These are the original guys he went all the way through training with.  They were like brothers to each other.  Some of them were not on the final mission when most of them were shot down together February 21, 1944. Here's a close up of my Dad from the above scanned original photo.
I am so glad I found the original of this picture.  It says it all about my Dad. 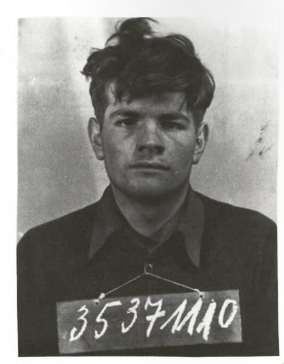 Eventually on their 13th mission in a star-cross craft called "Lightning Strikes,"
Dad was shot down and endured total brutality in several Nazi Prison camps.
The photo above is the one the Nazis took of him on February 22, 1944.
When he was finally liberated by General Patton's troops in April 1945, Dad weighed 78 pounds. 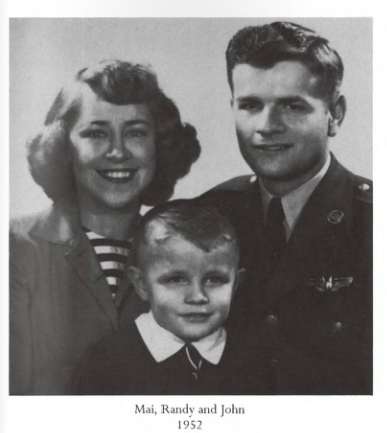 Eventually, Dad recovered (although never totally enough to live a long life).  Mom and Dad got together and created me on November 21, 1947.  They loved me like you read about in books and I love them back forever and forever.  Below is the final photo of this memorial essay-ette.  It is how I remember my Dad.
He was always Totally Positive.  He believed he would do anything.  And his Life was filled with humor, love, compassion and care for his fellow human beings.  One of his favorite sayings I will cherish forever is,
"As Long as I have Green Grass and Blue Sky, I am The Happiest Man Alive!" 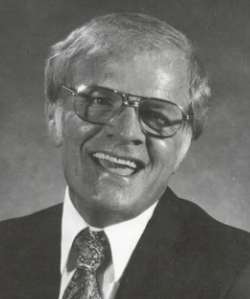