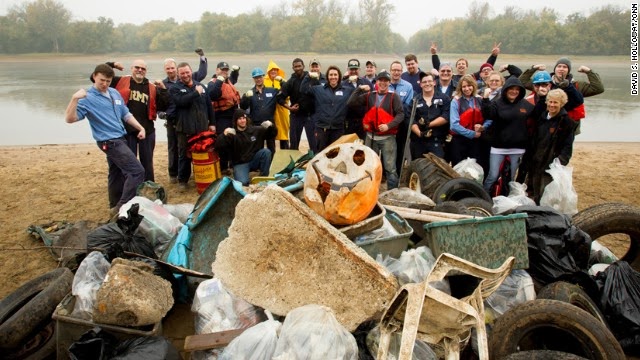 This is a cool story.  A guy who has devoted a big chunk of his life to cleaning up rivers gets CNN's "Hero of The Year award.  For those of us who love all rivers, it's an "Aw..." kinda moment!

Meanwhile in the Hoh Rain Forest, another guy gets featured by National Geographic.  He may not be Big Foot but he sure is Bare Foot.  Definitely a human "out on the edge."

Soeaking of humans "out on the edge," Dear Friend Wayne Ranney leaves today for another one of his famous "Where's Wayne-O" trips.

"This Wednesday, January 8, I will begin a 24-day Private Jet Adventure with TCS & Starquest Expeditions called Cape to Cape. This will be an epic journey to two continents and nine countries along the Atlantic Rim."

We call them "Where's Wayne-O" trips with a tip of the hat to the old "Where's Waldo" game.  We have fun trying to figure out Where's Wayne-O while following his far flung travels vicariously.  Happy Trails, Wayne!

OMG!  A Velvetta Shortage!  Say it ain't so!
Here's a snippet from one of the many media stories covering the purported shortage.  Three links are below.

"If you're in one of the areas experiencing a Velveeta shortage, you'll just have to ration your usage for the next few weeks until supplies return to normal. Until then, double-dipping has graduated from frowned upon to full-on party foul."

Speaking of foodie stuff, people are eating mo butta.  Gotta love it when butter is deemed a "healthy food."  Hopefully, someday they will say that about bacon.

One more HOT Foodie story about some Texans trying to woo Huy Fong away from California.

"Here's at least one hitch: Huy Fong has been buying peppers from the same Southern California farm for decades. The peppers arrive at the plant within hours of being harvested and are used quickly after that."

We promise this is the LAST of the Polar Vortex coverage.  Honest.  It has overstayed its welcome.

How cold was it?  Why it was so cold, an escaped inmate turned himself in so he could go back to his warm jail cell! 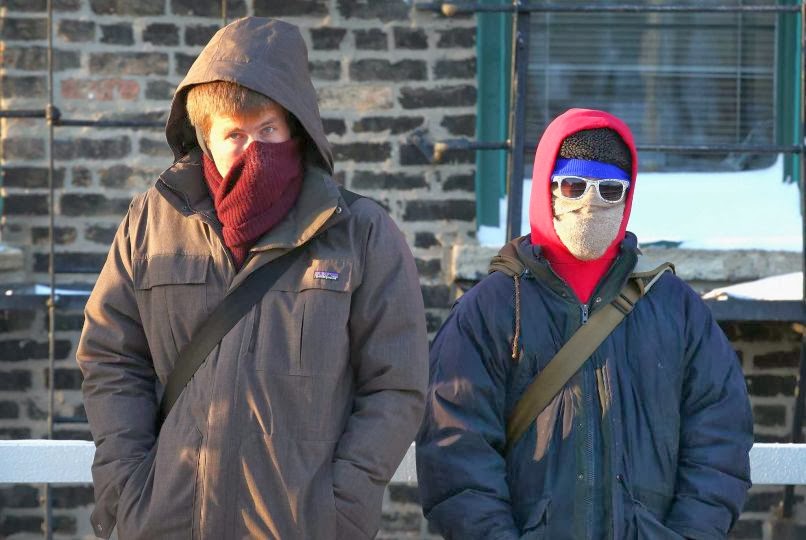 Perhaps you have realized or noticed that not one but THREE West Coast footballs teams are still in the playoffs and their first names begin with an "S": San Diego, San Francisco and Seattle.

We went looking for interesting, off-beat stuff on the three teams and found the following links.

First, the San Diego newspaper did a piece on what might be the appropriate theme song for QB Phil Rivers.  Since we love rivers so much (real rivers, not the QB) it was a fun article to read.

Second, the Niner QB is a legit tough guy and playing in a short sleeve jersey with no gloves during Sunday's Ice Bowl II definitely add to this guy's growing legend.

Third, and finally, just how big is the geographical area of Seattle fan base?  Huge, we say....H-U-G-E!
Way bigger that we once thought and actually pretty amazing in size and scope.

How big was the copper pit landslide near Salt Lake last year?  WAAAY bigger than anyone first thought!

How about a fun good samaritan story with a Happy Ending?

And, finally, another great blog post from Sue Malone as her travels continue: