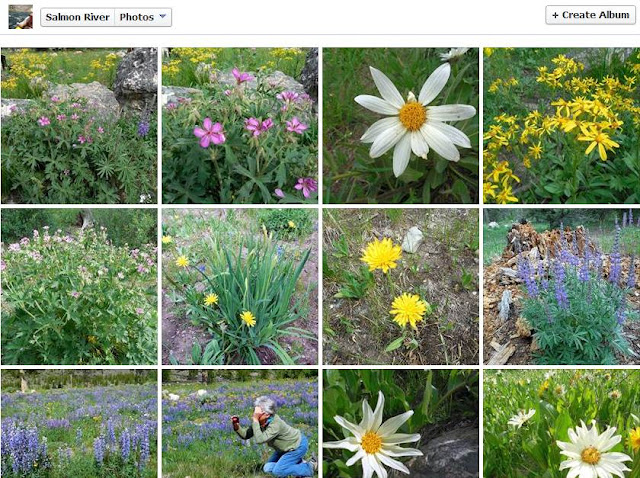 As Df & LBRs know, our personal wildflower season started when we did The Young Road and camped in Tonto Basin near Roosevelt Lake.  The low desert wildflowers were spectacular this spring.  Well, we've been immersed in wildflowers seemingly ever since then.  Wildflowers just won't quit following us around!  You can click here for an album of merely "some" of the wildflowers we saw during our Road Trip this past week.  Frankly, we've never seen such a dense profusion of wildflowers.  They were like a carpet.  Sooner or later, this year wildflower simply have to fade away.  They can't last forever, can they?  One thing we know for certain sure--It's been one Super Sweet Wildflower Year for us!

The link below is to a Facebook album.  Yes, we're using Facebook for our photo albums.  Google has messed up their photo function to a point we simply won't use it any more.  At least for now, Facebook's photo album function is SO much easier to use.  You don't have to be a Facebook member to see this album.