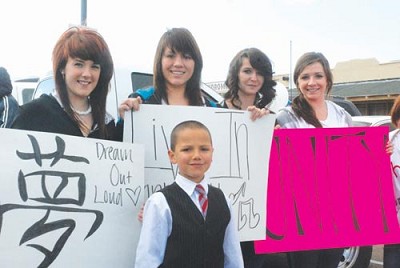 Kids can do anything.  We all love kids.

Here are three kids projects to help you understand what kids cab do in The Age of Social Media.

This kid's work is impressive but you have to realize it made national news because a really great videographer happened to buy into this kid's project.

The next two projects don't have Hollywood Cool attached to them.

One is from Flagstaff and one is from Camp Verde.  Neither of these kids could give a rat's patoot if they "got cool" on YouTube!

Here is the Flagstaff kid's link:

Next we have Chandler Plante in Camp Verde, Arizona.  Chandler is totally dialed into Reality.  He started his schtick when he was six years old.  By the time he he turned 7, he has it WIRED!  CHANDLER ROX!

This Camp Verde Kid is one of my current inspirations--here's his first gig in 2012--he was freaking super human amazing at the tender age of six last year and even more amazing this year at 7!

All of us can remember growing up dreaming of stuff and asking permission to do stuff and being told "YOU CAN'T DO THAT!!!!!"  Kids these days don't have that negative barrier.  They are getting total positive reinforcement and being told they can DO ANYTHING!

The three case studies about are proof positive what can happen when you tell a kid they can do anything.