Susun and I have had a particular item on our bucket list for a long time--driving from Jerome through Perkinsville to spend a night in Williams and then driving back along the same route.  A map of the route is below.  Last time I drove that road all the way to Williams was more than 20 years ago in the late fall of 1992.  That's back where there was serious talk about making it a real highway.  I was riding in a van load of elected officials, politicians and Chamber of Commerce types.  I did my best to talk about the "value" of that road and how keeping it the way it was would be a good idea.

As Loyal Blog Readers know, we had just ran in the 1992 election for Yavapai County Supervisor, specifically to attempt to keep Carlton Camp in office by taking votes away from his newly independent opponent Mister Tommy.  As I recall, we rec'd around 5,000 votes and it was just enough to tip the balance to Carlton.  Carlton was very well aware of what we did so he was very agreeable to listening to what I had to say during that road trip in December 1992.  Carlton listened well enough to basically forget about putting the county behind the idea of improving that road beyond what it was then and continues to be today.

Ever since then we've talked about doing the drive again and the years keep on slipping past us.  Honestly, it's pretty hard to believe it's been 20 years since we drove the road.  Strange how time plays its tricks, eh?

Anyway, we dutifully put it on our Year 2013 Bucket List.  Well, we woke up today and started thinking, "Why Not?"  "Let's just do that road this week, what do you say?"  Susun was "all in" for the idea right away.  She didn't even hesitate.

I did some checking into various lodging facilities in Williams and discovered some fun news about a 1950 Route 66 relic motel called "The Highlander."  Click here to go to the motel's website.  A 1954 postcard of the place is shown below the map graphic.  A Belgium couple bought the motel in 2011 and are restoring it for those of us who love "all things retro."  Now we are looking forward to both the "up and back" road trip and also to talking with the new owners to learn their story.  For all of us who go way back with Williams, this has potential to be an intriguing story in its own right.

We are also going to use this trip to take our GoPro Hero2 camera to another level.  You may recall when we did the time lapse YouTube video of the walk around the Old Field on Montezuma Well National Monument in front of our house.  Well, we've been watching as the GoPro segues from "hey, look at me" stuff into a piece of technology especially useful for documenting vehicle and bicycle road and trail trips.
So, that's going to be a new fun thing to test out.

We're planning on taking our time on this trip so that we can photograph each aspect of the trip.  Those are our plans and you know how plans change.   It will be interesting to see how it all shakes out in reality this week.  It looks like the weather is cooperating and we are leaving behind the Arctic deep freeze and moving back to normal January Arizona weather.  By our return trip Thursday, the weather ought to be shirtsleeve and delightful. 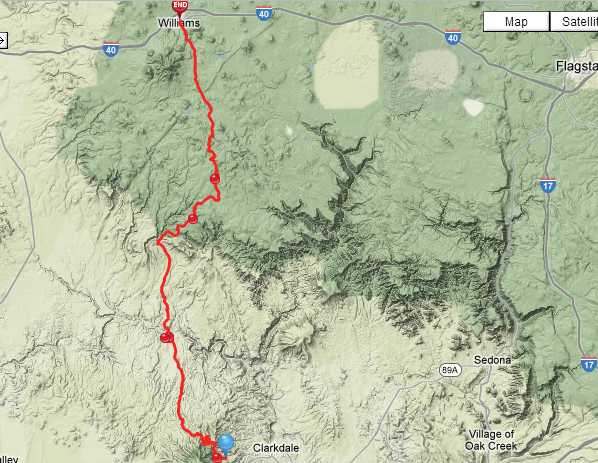 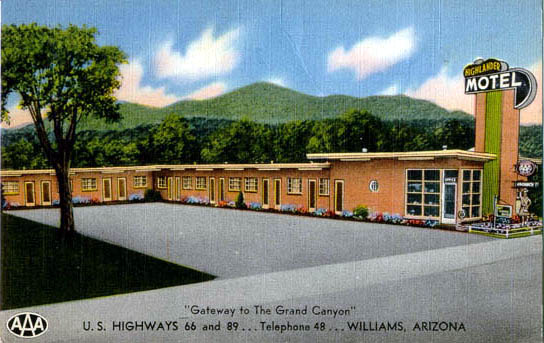