Well, we debuted the Dugout Dick Facebook gig today.  As you know, we've been working off and on since May 2012 to perpetuate Dugout Dick's Memory and Legacy.  Roger Plothow took The Lone Ranger role on this project back in May.  We have played a behind-the-scenes Tonto supporting role.  Roger's been real nice about giving us credit for our role and we appreciate his kind words.  He really had some over-the-top kind words in a blog post he did November 17th, 2012.  We suspect you will get at least a chuckle out of his narrative.

It would have been really difficult to attempt to describe all of the various things we've been doing with respect to Dugout Dick.  Much of it has been frustrating, complex, inscrutable and esoteric, much like the dead man himself.

Dugout Dick will have been dead three years come this April 21.   A little more than a month after the third anniversary of his passing, we're going to be eyeball deep in a BIG ceremony put together to officially dedicate three interpretive signs.  Hopefully, the IDT highway historical marker will be in place by then, too. 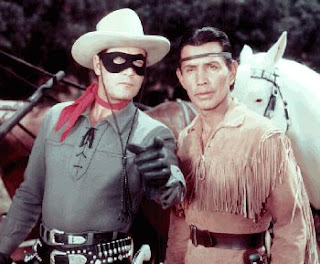 There's a LOT more to be done, a LOT more to be visioned and a LOT more wrangling with petty potentates and bloated bureaucrats.  I don't know that I will ever be able to adequately describe this process.  It is one of the more arcane such processes in which I have ever been involved.

I hope that all of our DF & LBRs who happen to have Facebook accounts will sign on to the Dugout Dick Facebook Group.  Roger and we need some tangible showing of support.  It's been just The Lone Ranger Roger and me, Tonto, so far and we're running low on silver bullets so we need some cavalry (you) to ride to the rescue.

You don't have to do anything once you've signed on to that Facebook Group.  Just the mere fact you did it is pure gold.

Well, 'tis been a long and tiring day.  Light misty stuff is attempting to fall out of the sky tonight.  You can't call it a rain.  No way.  It's kind of a heavy dew settling down from the clouds.  It's supposed to get gnarly by Sunday-Monday and should be sloppy wet and cold once again.  Our good times and good temps are already a distant memory.  Oh, well, it sure was fun while it lasted.

Many Cheers! jp
Posted by John Parsons at 6:48 PM