While we've had our head buried in the ashes of the Halstead Fire, Family & Friends have been having a fine time.  Here's some partial updates on some folks we know and love:

Daughter Stasea left Hawaii last Sunday and spent a few days in the San Francisco area before flying to Norfolk to visit a Dear Friend in Cape Hatteras.  She will visit the Big Apple (AKA: NYC) before flying to San Diego for Van's 3rd birthday party. 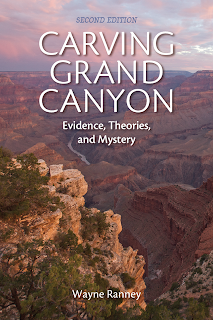 Daughter Sarah has been busy getting her place ready for Susun and Stasea's upcoming visits.  Susun flies out on the 10th of September and returns the 20th.  Stasea arrives September 13th and leaves the 16th.

Susun's brother, Roger, had a knee replaced last month but was down in Yuma this week dove hunting.  He says he can stand for about 90 minutes before having to sit for a spell.  He bagged eight of the fast-flying birds.

Wayne Ranney announced some really Big News on Labor Day--the second edition was released for his award-winning book "Carving Grand Canyon."  Wayne sold 27,000 copies of the first edition and there's every reason to believe the 2nd edition will be even more successful.  CONGRATULATIONS, Wayne!
You can click here to read all about the new book and the five awards garnered by the 1st edition.

Speaking of the Grand Canyon, Kate W. has been dreaming about traveling the Colorado River through The Big Ditch since she was a young Hopi from Moenkopi.  Well, Kate finally realized her dream come true in late August when she took a motor raft journey with mutual Dear Friends Susun and Jeff.  Here's two photos from the trip.  Kate's at left in the top photo and fourth from left in the back row in the bottom photo. 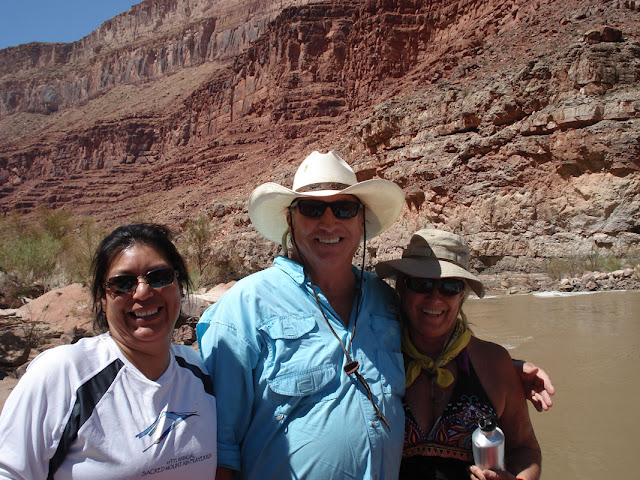 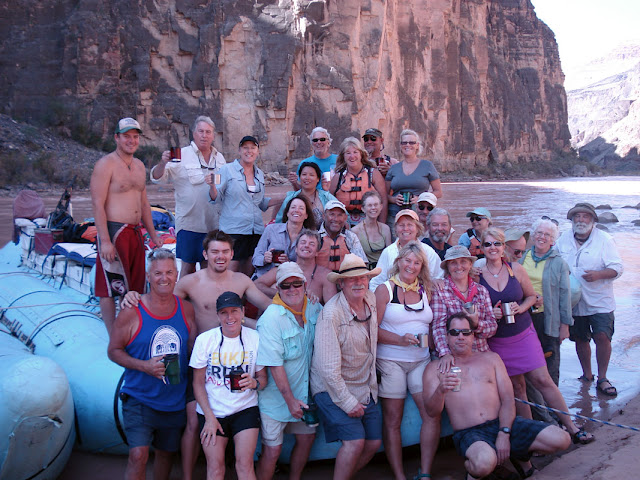 Kate's hubby Goatherder is dealing with a vexing bobcat.  The couple's son, Josh, is back at school taking 17 credit hours.  Not all those hours are brain-numbing science, the lad has lap swimming and art appreciation courses in the mix this semester.  He's now living in one of those nice, quiet, historic Old School dorms at NAU instead of the Animal House co-ed freshman dorm he had last year.

Dear Friend Maggie really rolled out a major Red Carpet celebration of her Mom's 90th birthday in Sierra Vista last month.  Maggie spent weeks preparing for the milestone event.  You can look at the Happy Faces in the photo below and know the proverbial Good Time was had by all!  Mom Florence is in the middle of her Loving Family.  Maggie is at right in the middle row and Maggie daughter Kelli is at right in the back row.  GOOD WORK, Maggie!!!!  You really gave your Family a Great Gift with all your hard work on this party! 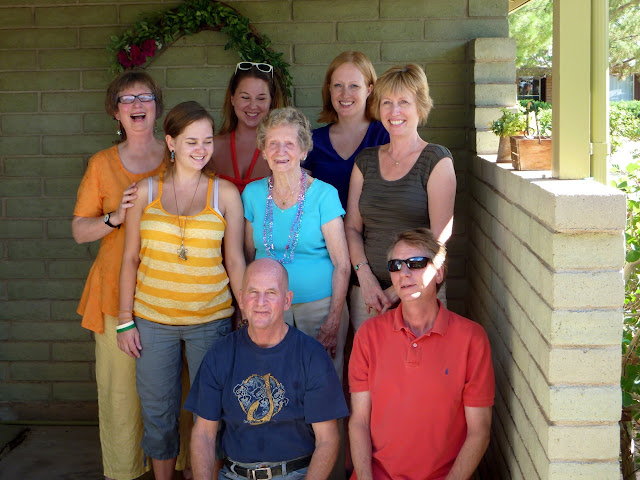 Gary W. finished up his epic hike along the Teton Crest Trail in late August.  He spent a few days visiting here in Idaho Falls and has long since settled back into his routine down in Ol' Airy Zonie.  After returning to the Grand Canyon State, Gary had time to process the elevation profile of his hike.  Anybody say "up and down"?  Gary rarely hikes on flat ground.  It's always either straight up or straight down and this jaunt was no exception! 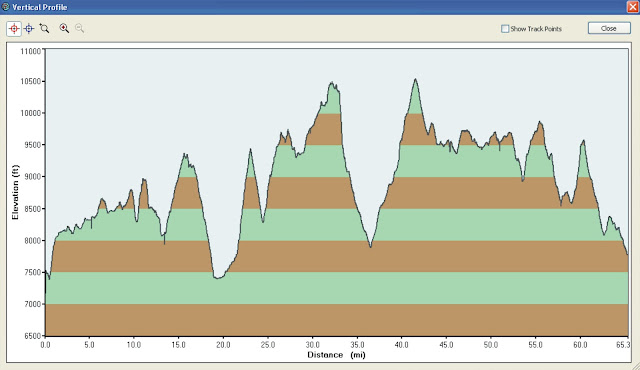 DF & LBR Terry M. left Friday for Outer Mongolia.  You know, the Gobi Desert.  Terry is a real world traveler and likes to get far, far away at least a couple of times each year.  Well, he picked a really FAAAR AWAY place to go this year.  He will be gone 17 days so we suspect we will see him toward the end of the month.

Tom Bonomo and his wife, Pat, will be coming today for a short visit.  They recently bought a travel trailer and took off early this week to head to Glacier National Park.  We sure are looking forward to seeing them. Tom last visited here almost 3 years ago to the day.  Tom also once visited us out at Bowery Guard Station. We'll never forget that one--he left Cottonwood one afternoon and showed up at Bowery the following morning, only roughly 1000 miles away!  Tom's a real high speed traveler but we suspect he's moving at a much slower pace these days.

Dear Friend Kirsty is excited about going to South Africa for two weeks this fall.  She and her Family are always in the thick of things.  No matter what they do, they all do it with class, style, energy, enthusiasm and a genuine zest for life.  As usual, it is a true delight to read Kirsty's "Momedy" blog.  A visit there never fails to bring a warm smile and a glow to our hearts.  THANK YOU, Kirsty!

Fantastic posting John - and thank you for the "bump" on the new book. We are excited to roll it out.