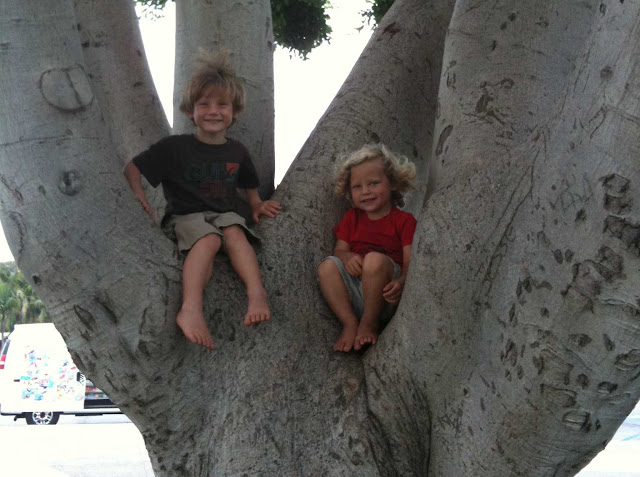 What better way to start a Monday than with a cute photo of Susun's Grandsons, Gage (left) and Van.  Mom Sarah takes them practically every day to the park where they romp and play and be boys.  They are so lucky to get to spend 2-3 hours each day in the park.  These two kids are definitely not suffering from "outdoor deprivation," or whatever the new kid syndrome is called in today's world.  WAY TO GO, Sarah!
Keep 'em coming, Sarah--we love 'em!

Yesterday was our monthly revolver match--it's a group call ICORE.  There were 11 participants and Little Yonni finished last.  Hey, somebody's gotta finish last and besides, what's that cliché about nice guys? I am just honored to be able to able to compete with those guys.  They are a real hoot and they sure can shoot!

The pigs were swarming like flies in the sky yesterday. Oh, how deafening their squeals can be.  It peaked at 93 about 5 pm but felt a heck of a lot hotter--almost as hot as Arizona on a balmy early summer day.  Looks like the pigs have the skies to themselves until September--the forecast is for more of the same--very hot and very dry. 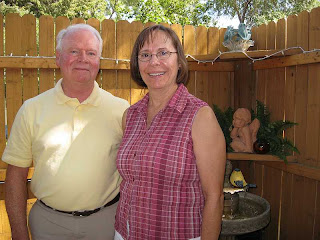 Pam and Roger came to visit for lunch on Saturday and stayed for over two hours.  We had a really fine time in the courtyard.  They are such delightful friends.  We surprised Roger with an unworn Purdue jacket.  He was jazzed.  Roger and I were fraternity brothers at Kappa Sigma back in the last 1960's.  Roger was the fraternity's "Beer Captain."  Naturally, he was a very Big Man on Campus--at least in our frat house.  Pam and we go way back, too.  I hired her as a freelance writer when we had that newspaper in Zionsville, Indiana.  Pam is now an ordained Presbyterian Minister and we call her Pastor Pam, The Sermonator.  She is such an inspired writer and public speaker.  Roger's retired from The Site and bicycling's his thing.  He rides very long distances each week with like-minded people.  Thanks for a fine Saturday, Pam & Roger!

Susun's been working pretty hard oiling the courtyard fence and fertilizing the lawn.  Grass has a voracious appetite.  If you don't feed it, the grass gets cranky and turns brown and acts like it is going to die.  Luckily, we have a great fertilizer batch plant here in town whose main clients are real farmers.  Those bubba boys at the batch plant really know how to mix grass food.

Today promises to be a typical Mundane Monday.  Maybe we will go back to our former employer and set foot through their door just to commemorate our 4th anniversary of entering employment there.

That's all folks.  Have a great day & Many Cheers, jp