Today's a Red Letter Day on the Idaho Falls annual calendar of events. It's Duck Race Day. The whole main river section of downtown pulses with a frenzy of activity all day long culminating about 4 pm when a crane hoists a 20 cubic yard dumpster high above the river and releases and tsunami of plastic ducks into the Snake. Thousands of people crowd the river banks to watch the ducks' annual rite of passage. One lucky person will win a new compact car if their duck crosses the line first. However, each and every one of us wins today. The proceeds from the Duck Race go to improving the city's Greenbelt--it's the main Rotary Club fundraiser for this purpose. Idaho Falls really lucked out many years ago when the movers and shakers who comprise the Rotarian membership here decided to adopt the Greenbelt as their primary civic project. This city would be far less of such an attractive place without the gleaming gemstone Greenbelt we all so dearly love. Frankly, it's hard to imagine an Idaho Falls without the Greenbelt. Its existence is part and parcel of our public psyche. Naturally, we will be enjoying all of the festivities and dutifully paying for our obligatory deuce o' ducks. It's sort of the same as buying an annual membership card to support the Greenbelt. Even though we don't get a little wallet card that says we've paid our dues to be "Friends of the Greenbelt," we're happy to pony up the dinero for this cause and we sure are appreciative that everyone else in this fair city does the same. (The photo below at right is from last year.) 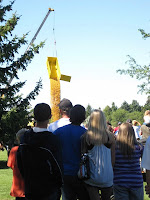 Believe it or not, the federal Bureau of Reclamation gets into the act today, too. How's that? Well, they cut the release for far distant Palisades Reservoir down to next to a mere trickle so that our stretch of river here basically comes to a standstill. The river this morning is running a mere 7,700 cfs. Yeah I know it's kind of funny to call 7,700 a trickle but that's the affect such a low flow has. The photo below taken yesterday shows what we mean. Remember the humongous flow of 31,300 cfs in the same spot only two months ago? Yep, 7,700 is a trickle compared to our higher flows.

One of the signature events of the day is the high speed motor boat races at John's Hole. I had forgotten about that reality yesterday. I received some really good news late in the day and thought I would celebrate by canoeing the John's Hole area. Opps. Not possible. The video snippet above show just what the place looks like all afternoon as the hot rod boats practiced the tight turns required for today's race event. Each boat's pilot looked like some oversize GI Joe with biceps the size of most people's thighs. I guess you'd need to be a beefy bubba to muscle that water rocket into the tight turns required on either end of the short course. Today's races are basically the equivalent of a drag race for speed boats with two incredibly tight turns at either end of the little pond. Although we aren't big fans of loud, noisy, high speed boats, we have to admit a fascination with watching them perform there at John's Hole. It's quite a mesmerizing show.

Maybe Sunday after the hoopla subsides we can go canoeing. The water should still be low and pleasant then.

We both enjoyed a great summer Friday yesterday. Late in the day, we received notice that we do not need to return to Indiana until mid-September. Prior to getting that late day email, we were planning on heading back there today. We were so surprised to get an extra 30 days here in Idaho Falls it felt like Christmas in August. We had actually begun to prepare to pack our bags when the notice arrived. we plan to put the extra time here to good use and will attempt to tackle all the chores we need to do before heading south to Arizona after the leaves leave in mid-fall.

Well, that's about all we have for this morning.  Have a great day & Many Cheers!  jp 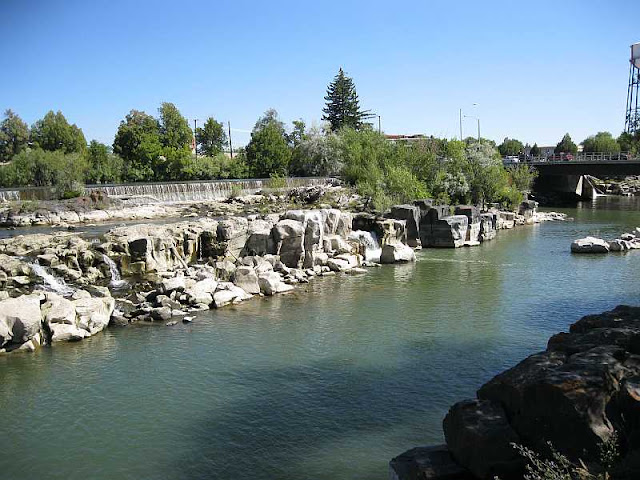 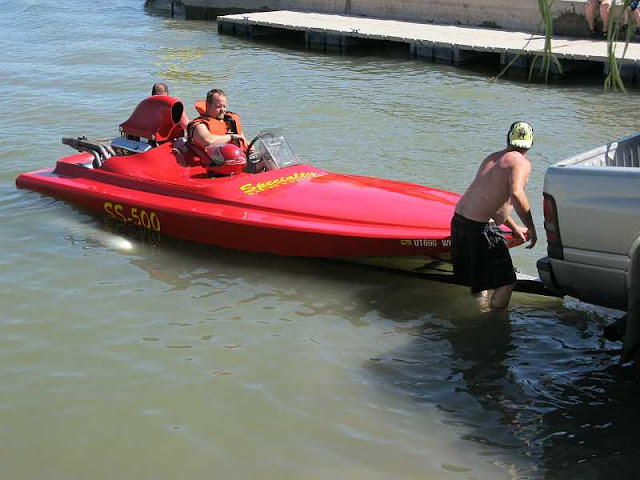 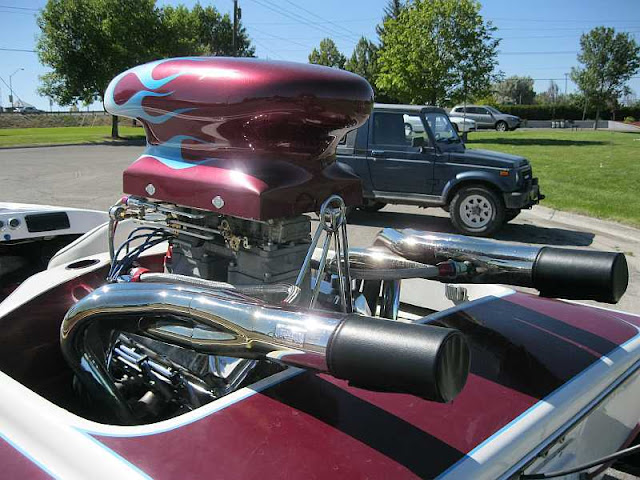