Everybody Loves a Parade

You know, it's true.  Everybody really DOES love a parade.  We sure know we love a parade!  Idaho Falls really gets into the July 4th Holiday.  It's a classic Real Big Deal here.  Some people plot and plan and prep all year for their float or routine in this parade.  The trophies and ribbons are very coveted coup here and people brag about their prizes all year long.  It's one of our annual highlights here.  This is our fourth year of enjoying the Idaho Falls July 4th Parade.  Each year is more enjoyable and, if you will, more electrifying that the previous year.  Taking in the parade is very much like being a kid again.  This year, we missed the start of the parade but we milled around in the staging area for quiet awhile before we sprinted off on our bicycles to attempt to get to the head of the parade.  We peddled 3 miles and still couldn't get to the parade's head.  Meanwhile, there were still probably 25-30 floats that hadn't even left the staging area.  We think the head of the parade arrives at its destination before the last float leaves the staging area so the whole thing is stretching out for perhaps five miles.  There are untold thousands of people lining that five  mile route.  People stake out their viewing area "turf" days in advance.  The side streets are gridlocked upwards of 6-8 blocks away from the parade route on both sides.  Basically, the city shuts down for the parade.  We've never witnessed a parade the likes of this one.

This year, parade organizers added an aerial element that included four flyovers.  The first was by a bunch of local helicopters.  The second was two A-10 Warthog gunfighter jets from Mountain Home AFB.  The third was the thunderous roar of three radial engine WWII planes: two AT-7 trainers and one of the few flyable TBM Avengers torpedo bombers left alive in the sky.   The fourth was a tandem appearance by two F-15's from Boise.  WOW!  The Avenger actually flew low right over our house.

We could take a ba-zillion photos of this parade and no scratch the surface of all the things to see and savor.  Here's just a few scenes for your viewing pleasure.  Next up: The Liberty Festival downtown on the Greenbelt.  Many Cheers, jp (There are a few comments between some of the photos below.) 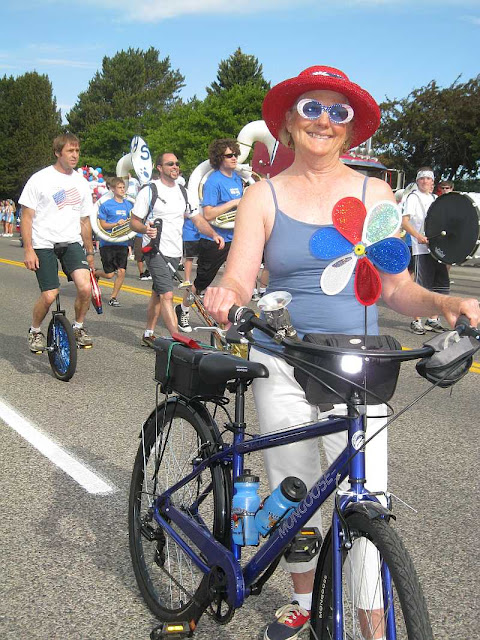 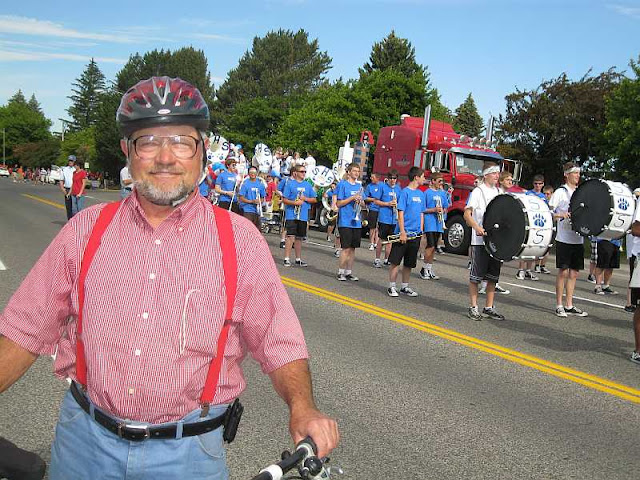 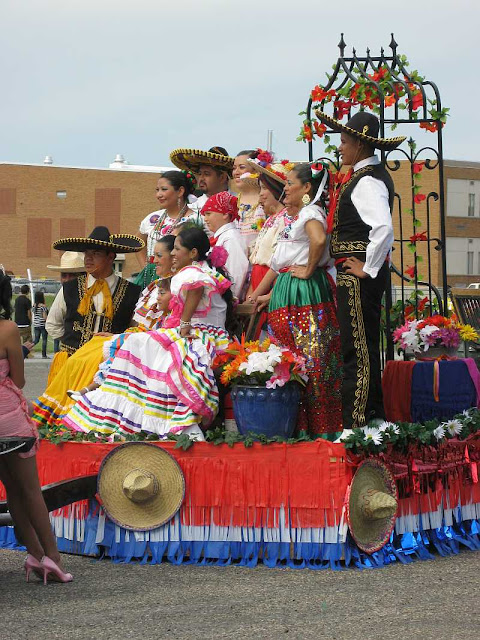 I took a telephoto of this group but wouldn't you know Miss Susun could get the Star Couple to pose? 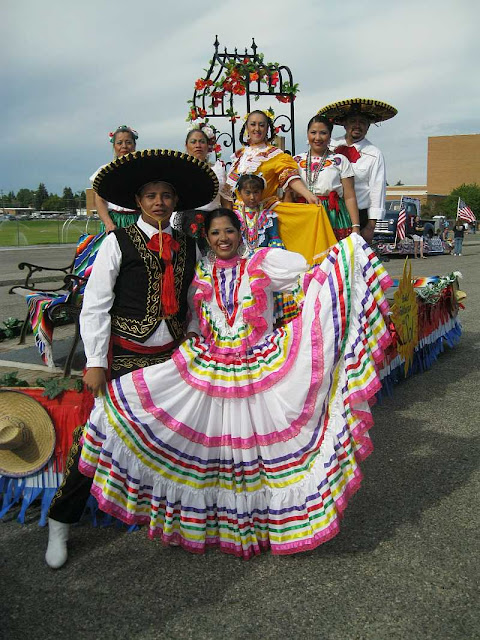 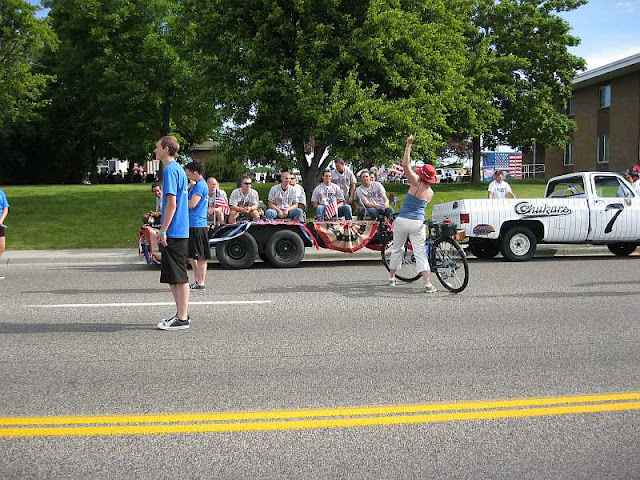 OK, above is Miss Susun getting a float full of baseball players to smile.  She's pulling her "eagle" trick.  Below is what she saw through her lens when she captured this great shot.  What a ham! 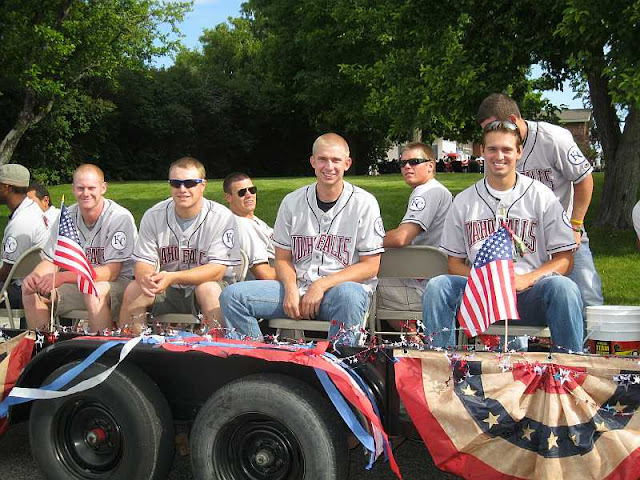 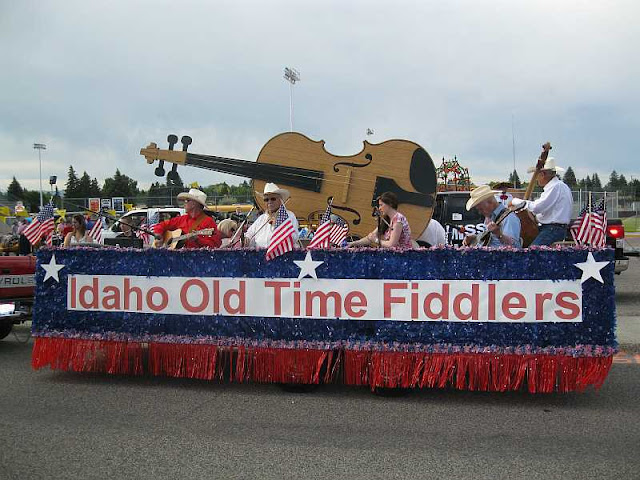 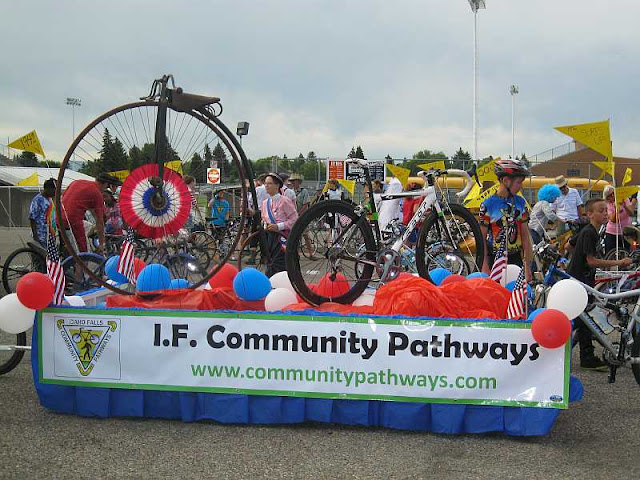 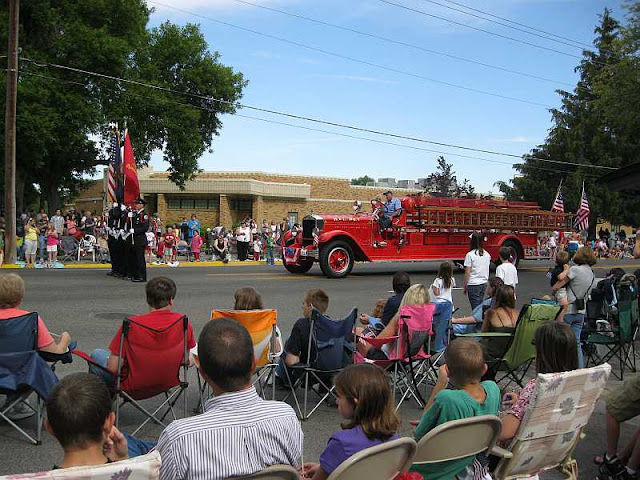 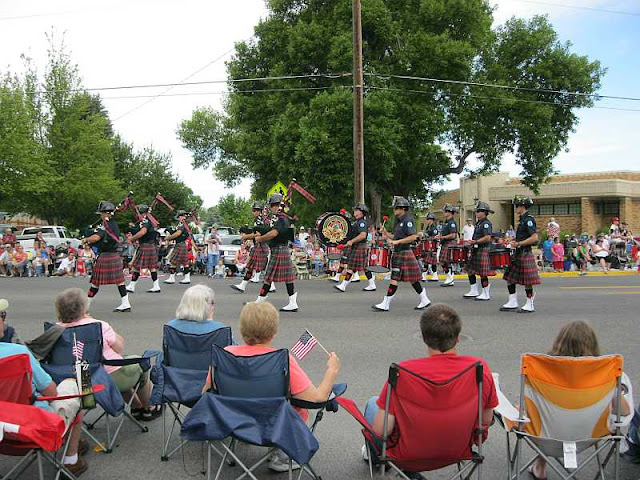 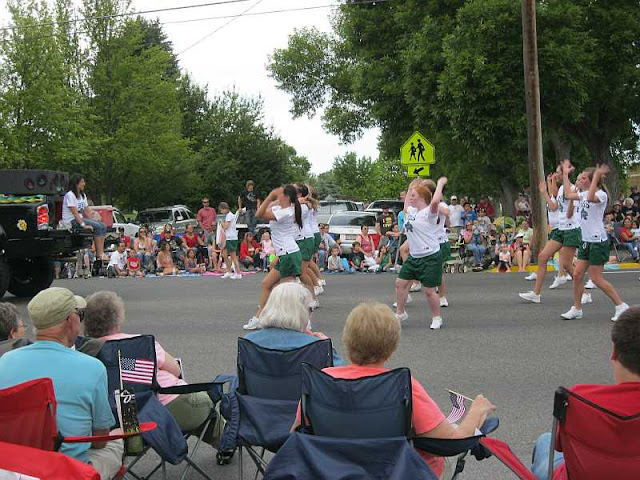 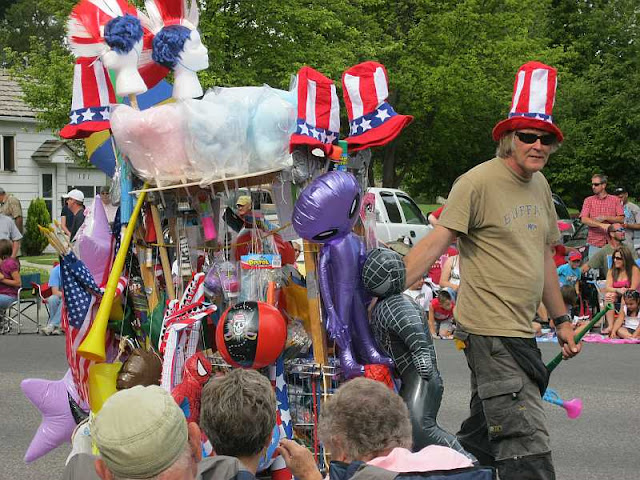 That is one spectacular parade.

I like that parade right there, I sure do.