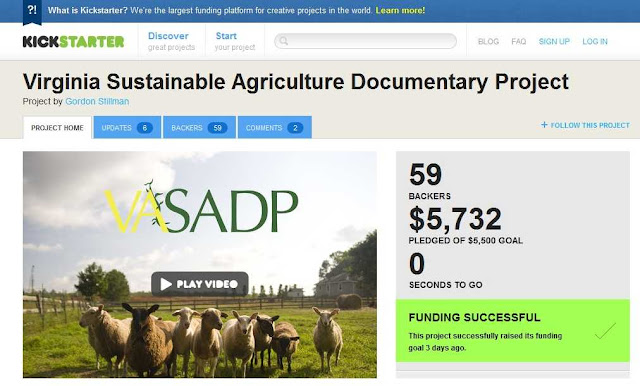 MIC was every bit as much fun as we expected it to be.  We attended for about 75 minutes.  We have a bombproof agreement to leave the premises as soon as the belly dancers begin waggling onstage. We've had a belly full of belly dancers in years past and we're of no mind to belly up to the bar to see their gyrations.  In our short time at MIC we greeted and hugged a lot of Dear Friends and "lost lost" acquaintances.  We won't attempt to name them all as someone might feel slighted if their name is inadvertently forgotten.

We weren't even tempted to touch any of the free food.  How so?  Well, Beto's has now taken a backseat to the new contender for Top Taco.  It's a little hole in the wall taco joint called Juanita's at 6th Street and Hwy 89A.  The Goatherder recommended it so we felt safe in seeking a dose of Vitamin T there.  Susun had a great fish taco and I a chicken taco.  With tax, we were clocked at four dollars out the door.  We're definitely going back to this place.  We will put up photos and a more detailed description after our next visit.  We want to make sure those Friday night bites weren't a one-time flash in the pan.

It takes a solid 45 minutes to drive from Clarkdale back home to Montezuma Well.  After our dark-of-night return, we mused that Clarkdale is almost as far away as Ashton is to Idaho Falls.  When we're in Idaho, we think of Ashton as being "far away" yet here we consider Clarkdale almost "next door."  Go figure.

Other than MIC, Friday was mostly forgettable.  Even though it was a mere 48 hours ago, I can't now remember much of anything we did.  Ah, well, the fog of retirement...

Yesterday was a "get after it" kind of day.  We both accomplished a lot of important stuff.  Susun actually organized all our music CD's.  Now THAT's important stuff!  I built two shelves in our kitchen bar so our pots and pans can now stand and salute as they await over stove deployment.  Everybody ought to make their pots and pans salute--they're so cute when they do.

Perhaps the strangest accomplishment of the day was the complete Type A organization of my workshop.  I figured if I could make the pots and pans salute, I'd go do the same with screwdrivers and hack saw blades.  Normally, I like a healthy dose of disarray upon entering my workshop.  Heck, it's so organized now, I wonder if I personally even meet the new dress code inside the workshop.  My jeans are definitely too dirty to wear in a spiffy, spit-shined place like that.

After getting the evening fire up and purring, we finally set up a mildly extreme croquet course.  it took me quite awhile to discern the proper place and layout for this iteration. It's quite a righteous little extreme croquet gig, actually.  Susun won Round One by a mere whisker.  I was just one stroke back as we entered the final wickets.  The course is cool because it is full of small rocks and a thick carpet of beans and lots of small twigs shed by the mesquite trees.  I tucked a couple of the wing wickets back behind old, gnarled mesquite trucks so it's almost impossible to get a clear shot.  The far end wickets and post are on a steep downhill that makes it impossible to shoot cleanly.  If you don't ace the wickets on your first shot, you're going to the Back 40 in a hurry.  Susun got lucky and pulled off a couple of miracle shots to extend a big lead coming out of the far end wickets.  We think we're going to add a new wrinkle to our extreme croquet by making each of us hold our wine glass while shooting one-handed.  Susun actually did one shot hold her plastic cup in her teeth while acing one of the wing wickets.  I suspect her newfound golf game has really elevated her extreme croquet skills.  We'll take some photos of the new layout later today.

While we're on the subject of Susun's skills, we'd obliged to let everyone know that she scored a picture perfect bullseye on the dart board Friday.  She insisted this news be promulgated here on the blog.  She's getting pretty danged good at darts.  The fact that we're spending a lot of time in my workshop where the dart board is located no doubt was a big factor in the Type A organization of this place yesterday.

The Lizard ventured over after his all day elk hunt today.  it was so fun watching his track on SPOT all day.  About ever 30 minutes, we'd pause during our day to answer the question, "Where's Gary now?"  He did get one shot off but missed.  Armchair elk hunting has never been this much fun!

While we were at MIC Friday night, we spent some quality time with Kathy D. and Chip N.  Chip has turned into a true dynamo on behalf of The Verde River.  His efforts are producing real results and he's learned the trick(s) of garnering grant funds--BIG grant funds--with which to work.   Anyway, last spring we planted the seed with someone close to Chip and those seeds sprouted and Chip approached us about writing a recreational paddler's guide to the Verde River from Bridgeport to Beasley Flats.  As some of you may recall, we had hoped to do that guide for State Parks last March-April before the Legislature cut them off at the knees.  So, sure, Chip, we'd be most happy to do the guide subject to a detailed volunteer agreement, etc.

Meanwhile, Richard D. asked us to help entertain a teenage Australian Rotary exchange student.  Apparently, the fuddy-duddy Rotarians just can't seem to get their teenage groove back and this Aussie is wilting on the vine.  Richard even said, "I want you to get this kid on the river."  Well, it only took a nano-second for me to realize the Aussie is Heaven sent.  La Nina assures we're going to have a dry (if not full drought) winter ahead.  That means L-O-W water on El Rio.  What better than to have a 6 foot 6 Aussie teen to help me drag a canoe across the endless gravel bars of The Verde?  The planets are indeed aligning for this project.

Nancy McC. emailed about wanting to float the Verde this weekend.  We sure hope she stops by the straw house today. Right, Nancy?

OK, so "whazzup" with the screen shot at the top of this blog post?  What does it mean?  Why is it here?
OK, it's yet another Twitter story.  Here's how it goes:  One day while roaming Twitterscape, we stumbled into something that appeared as an acronym "VASADP."  You know how much we love acronyms.  But WTH was VASADP?  Turns out this guy decided to do a documentary project on Sustainable Agriculture in Virginia.  He used something called "Kickstarter" to raise the funds to do his project.  Well, naturally, we'd never heard of Kickstarter, let alone VASADP.  One thing let to another and we actually donated some money to his project.  Yep, real cash money, not fake online play money.  We're even gonna get credit for the donation on his guy's website.  It's a really cool project and one we wish someone was doing for every State of the Union.  That's just one small example of the power and reach of Twitter.  We're proud to be supporters of this guy's project but we can guarantee you one thing:  There's NO WAY we would have EVER found out about it without Twitter.  Twitter has almost as many detractors as it does members.  Some people simply can't see any usage for the medium.  From our perspective, Twitter is a New Age kaleidoscope that helps us see the world with entirely fresh rose colored glasses.  It is totally AWESOME!

PS--We just posted up to our Geek Weather blog.  You can click here to read it.
Posted by John Parsons at 6:40 AM

Johnny - I have a theory as to why Ashton is "so far away" but Clarkdale is "right around the corner." It has to do with the particular society that is found in each place. Airey-Zonahhh! is populated by people from all over the globe and so traveling for them is pure joy and pleasure. Who cares how long it takes -the longer the better. Id-a-hoans are more from a family-oriented society with roots that cling deeply to the home fires. Leaving home for them, even to see family, is like going out onto a thin thread that might feel a bit tense until the safety of "home" is reached. I've got no data to support that, except my own life's experience, which notes who in particular takes well to journeys and who prefers destinations! Great posting on MIC.