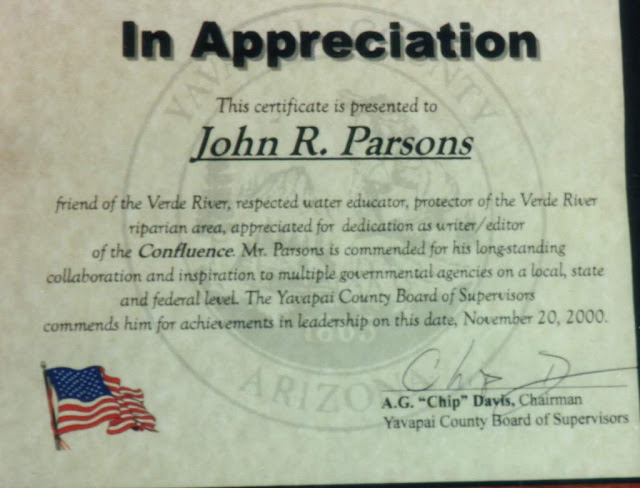 Ten years sure seems like a long time to us. More than 10 years ago, we had already announced that we planned to retire from the Verde NRCD in January 2001.  The day before my birthday 10 years ago, the County Board of Supervisors invited me to one of their meetings in Cottonwood.  They gave me this nice certificate that day.  Reporter Joanna Dodder wrote a nice story and the paper put me on the front page holding my certificate.  It was a real "rite of passage" experience, one I'll never forget.  I was going through stuff and chanced up this photo.  Frankly, even though I won't forget the experience, I had forgotten it was the 10th anniversary coming up next week.  So, what the heck, here it is.

Meanwhile, we realized that the photo below was taken in 1955, and that's 55 years ago.  it has a real nice Western theme to it, don't ya think?  Every kid back then had to have a two-gun cowboy outfit.  I'll always wonder how many bad guys I shot with those magical pistols.  Seems there were bad guys behind every bush back then so there were plenty bad guys to take pot shots at.  Heck, if you missed one of them, there'd be 13 others behind that neighbor's maple tree.  Little Ralpie ("A Christmas Story") and I can relate. 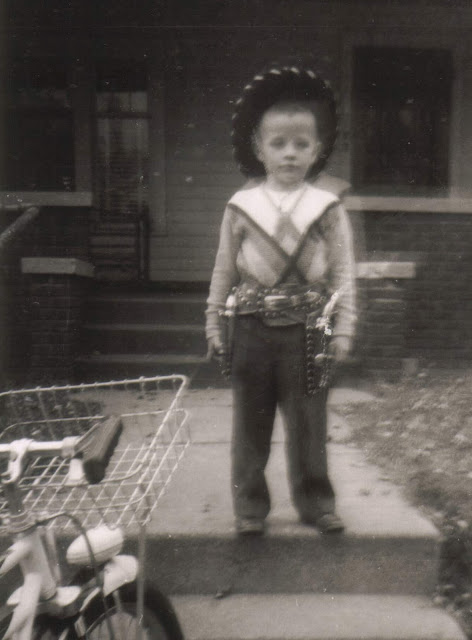 Here's another great photo we found. It was taken in 1994.  Lora, Deano, Dexter, Jodi and John & Susun relax after another hard day of work on the straw house. 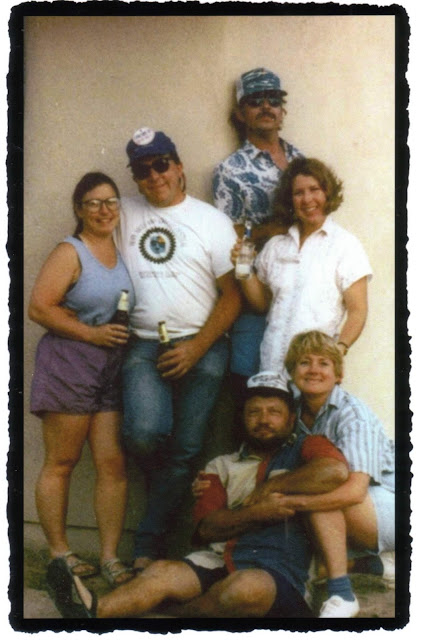 Check this photo from a little more than 5 years ago.  It's The Goatherder and Son Joshua atop Cathedral Rock.  Gee, something tells me Josh has grown a little bit since then! 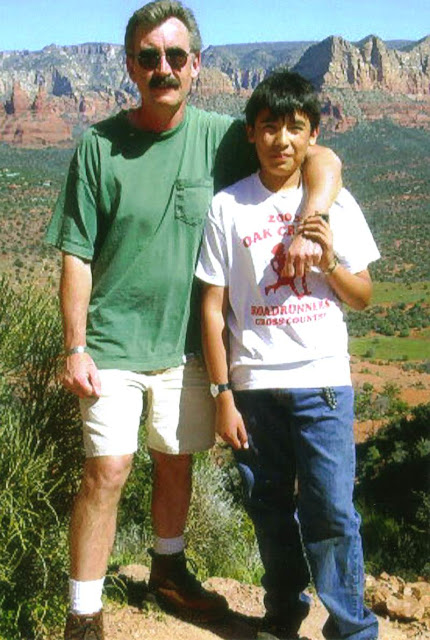 Finally, here's one that's not quite 5 years old.  Little Johnny officiates at Marsha & Hugh's wedding, December 21, 2005.  Hopefully, we can help celebrate their 5th Anniversary next month.  You'd be happy to know that Marsha & Hugh may be the only people who's wedding site is known only by the longitude and latitude recorded as they were "out standing in their field" at Montezuma Well National Monument! 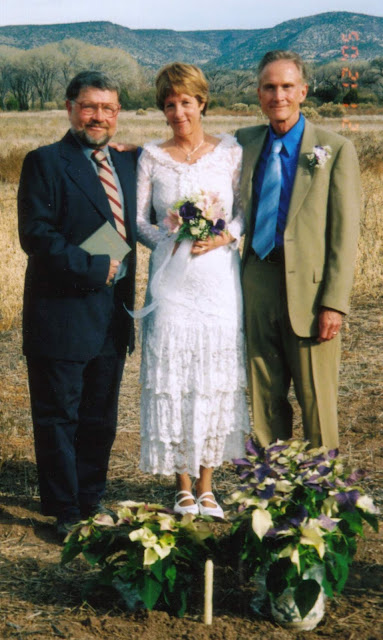