We were poking fun at ourselves yesterday with the "Here's a guy with way too much time on his hands" quip.  We suppose we could emulate Earl in the Pickels cartoon strip or we could use the Energizer Bunny as a role model.  Maybe we should have a throwndown between Earl and The Bunny!  We take The Bunny and spot you 12 points.

Anyway,  if we wake up on the top side, as some oldsters are fond of saying, we might well "get after it" all day long, whether it's capturing a falling leaf or chasing rainbows in thrift stores.  The more time we have to get out and do stuff, the better off we are.

That's what brings us to this vignette:  "How can $5.90 rescue a day?"  It was pretty cold yesterday.  Not cold as in mid-winter cold but cold nonetheless--too cold to go outside and do stuff.  So, we both messed with paperwork for hours yesterday morning.  Tons of it.  We have this two bit paper shredder that bogs down when you feed it more than three sheets to the wind.  Time was seeming to stand still.  I looked at the humongous pile of paper still to be shredded and realized I would be sitting in front of the two bit shredder all freaking day long.  It would be well past Happy Hour before I could claw my way through the stack of paper staring me in the face.  That's when the light bulb went off!  AH, HA!  I threw it all in a giant plastic tub and took off lickity split to Office Max.  There for a mere $5.90 all ten pounds of it instantly disappeared into a secure shredding bin.  Poof, just like that I had rescued my day.  Whew!

On a hunch, I fired up Sonny (that's the name Sarah and Susun bestowed on the 1987 Zuki) and took it to Oswalds.  Just as I suspected, the anti-freeze is only good to -10.  Opps.  Minus ten here happens with about the same frequency as the sun coming up.  Along about January, "Minus Ten" could be a regular litany for teh daytime high this winter!  heck, we could get to -30 easily this winter and maybe even lower.  If Sonny's gonna sit in the garage all winter, Little Ol' Sonny betta be ready!

When you're getting ready to leave a place chill all by its lonesome for 5-6 months deep in the dark heart of winter, you really can't take anything for granted.  It's "check" and "recheck" and "what if this doesn't work" and on and on and on it goes.  Good thing the leaves are taking their sweet time falling--we need this extra time to make sure we don't mess up. 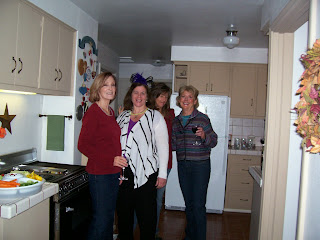 Susun went off to a great little get together with her Girlfriends here.  They are a Fun Bunch, always smiling and beaming positive energy and having many memorable moments.  It's even possible that some of them will actually come to Sedona and Montezuma Well to visit us this winter.  Susun took off early for her soiree and I somehow once again had "way too much time on my hands." 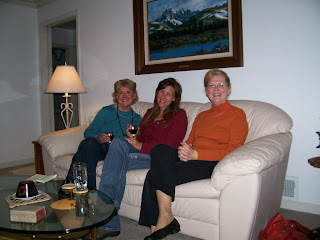 Rather than taking the Sedimentary Route, as Earl chooses in today's strip above, I dialed up The Bunny and off we went on a four hour jaunt dealing with the various Farmers Markets that dot the sprawling Phoenix metroplex (AKA: Valley of The Sun).  The big newspaper there listed 22 of them.  We became quite curious as to their locations and so forth.  One thing led to another and pretty soon four full hours had vaporized.  It's a good thing I have "way too much time" or else where would I have found the four hours to put into this project?

Now we have a great Google Map of all of their locations.  It's on our Snowbird blog.  You can click here to see it.  Better yet, we wrote a small blurb about each market.  Perhaps the majority of them are fake Farmers Markets.  After studying them in detail, we discerned numerous impostors amid the roster.  What's a fake Farmers Market?  Simple.  It's an event cooked up by a real estate developer's Marketing Department to make it seem like some big subdivision is cool because, "HEY, it has a Farmers Market!"  Trust me, fake Markets are easy to spot and we called them out in our little writeups that accompany the map's push pins.

I wouldn't blame you if you're most likely asking, "Why bother with that stuff?"  Simple.  We're planning on spending a pretty good amount of time down in the Valley this winter.  We'd like to get out and around down there much more often and to a much greater extent than we have in the past.  So, we're attempting to organize a way to remember and navigate to the various types of places we'd like to visit.  Farmers Markets (legitimate ones, of course) would always be at the top of the list.  We plan on doing the same with a variety of specialty restaurants, museums and all sorts of other stuff, too.

OK, let's move on to something much more esoteric and even perhaps whimsical. What could that possibly be?  How about a couple of 1848 photographs?  Imagine the Year 1848, if you will.  Gold hadn't even been discovered in California.  There wasn't anything such as "Forty Niners."  The majority of the West's native Americans had never even seen a white man.  The Mexican-American War had just concluded with the Treaty of Guadalupe Hidalgo, February 2, 1848.  The population of the whole country was barely 23-million.  Back in 1848, California had 15,000 non-Indian residents and was governed by the American military.  It didn't become an official state until 1850.  So, that's the background for the photos we're discussing here.

The two pictures are very much in the news today because some people think they show the earliest American humans ever recorded in a photograph.  Whether or not that's true, we'd like to call your attention to an NPR web page that has some amazing functionality.  You can take a pseudo-tour of riverfront Cincinnati in what is believed to be the old photo of an urban area.  We won't bore you will all the technical details of the photos, you can read about that yourself if you are interested.  However, we highly recommend a leisurely study of the details in the photos.  Without doubt, they are amazing.

Many Cheers today!  jp
Posted by John Parsons at 7:59 AM