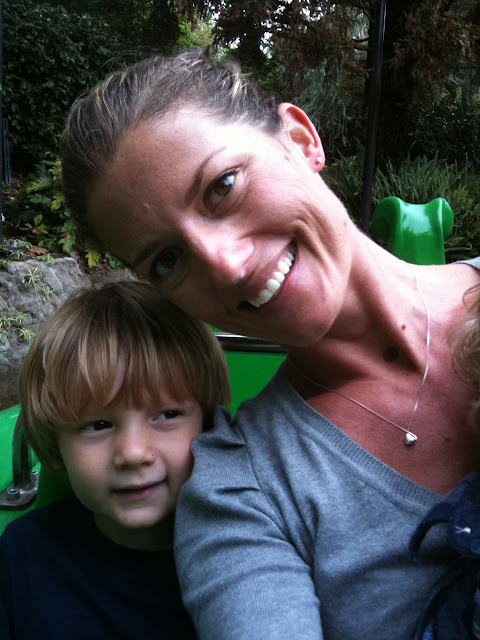 Susun had a really, really busy day yesterday and she finished her day by adding a new item to her already extensive resume:  Poetry Judge.  Honest.  Here's how it unfolded.  Susun's Friend Shirley invited her to the city's semi-annual "Poetry Slam."  It's held in April and October at the fancy Art Museum of Eastern Idaho down on the Greenbelt.  About 100 people attended last night and there were more than a dozen aspiring local poets.  As Susun was waiting for the show to begin, she was approached by a stranger who asked simply, "Do you know any of the poets?"  Susun replied, "No" and then the stranger asked, "Well, how would you like to be one of the five judges tonight?"

Naturally, Susun gave an enthusiastic "YES!"  So, they gave her some scoring sheets and she had to listen intently to each poem and then score it on the sheet.  Can you imagine?  Susun was both a Chili AND a Poetry Judge in the same calendar year.  Now that's cultural diversity personified! 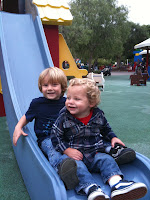 It was a Big Day at the t-stores!  I scored some six first class croquet mallets--the kind that you see in $100+ top-of-the-line sets for $4.  They wanted $8.50 but I said, "Hey, this doesn't even have balls and wickets," so they dropped the price.  After I paid, I told the clerk "Who needs croquet balls, "I just spray paint some baseballs and they work fine."  She got a kick out of that quip. 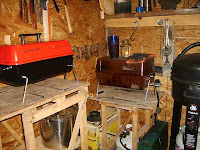 The other top scores were another Coleman 413D.  Yes, it's identical to the Coleman stove we bought and raved about earlier this year.  Only it's in 1000% better condition.  Then we got a NIB tabletop gas grill for $5 It's the tinny kind that is perfect for roasting green chiles and red peppers.  It had never even been out of the plastic.  We slammed that puppy together last night and baptized it was some fresh green chiles from the WINCO Spa. The cook shack equipment is now complete--we have everything we needs (and that will fit inside). 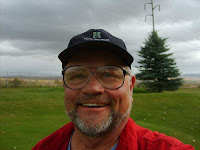 We also enjoyed buying 25 pounds of new crop pinto beans from Gooding, Idaho, at the Farmers Market.  Since there is only one week left in this season, we feared we might not get the 2010 beans.  Whew!  There's nothing like fresh pinto beans.  Meanwhile, we finished 100% of out outdoor chores and even played a solo round of golf in a misty drizzle out on the short course.  It's possible it could have been our last chance to sneak in a round of golf out there.  I scored 28 which is right about my average for the 10 rounds I've played there.  The photo at left is a self-portrait entitled, "Happy Golfer."

Susun meanwhile volunteered several hours at the Habitat For Humanity dedication of their latest completed home.  She came back very inspired by the happiness and joy she witnessed there.  Then she went off on her Poetry Caper.

And there's one last little fun vignette to mention:  The people who were featured in the blog post "A $10 Catch & Release" sent a beautiful Thank You note for the grenade fuse box.  It was quite a touching note and made us both misty-eyed.

And, for good measure, we finished the Alice Cooper golf book about 11 pm last night.  All-in-all, it was a very good day.