Thinking of You, Dad! 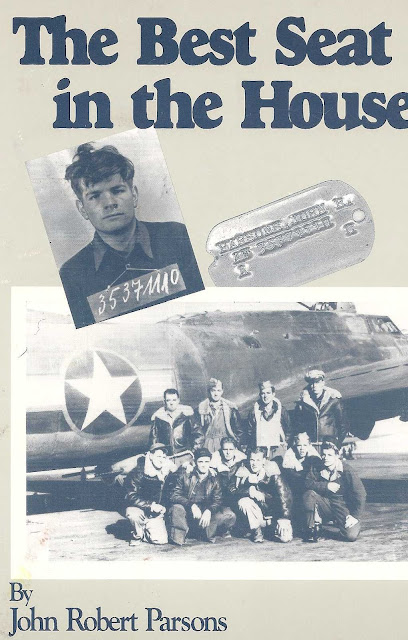 Dad died in August 1998,  There's never been (and won't be) a Memorial Day when I don't think of him.  I can't help it.  He was A True Hero in my mind as I grew up.  As I learned his life story, I became ever more in awe of my Dad.  It wasn't until much later in life that he began to tell me what really happened to him in the Nazi POW camps.  Much of what he told me never made it into the book whose cover you see above.  But all that he said is still etched in my brain.  It was such a sad, lonely and barbaric life behind the wire.  He gave his ALL with Dignity & Grace & Class & Style.  He was the quintessential Gentleman to one and all.

There really isn't much else to say tonight except: "I LOVE YOU, DAD!"

PS--In all the mayhem of my Mom's Estate for those six weeks between mid-December and February, I can count my blessings because I actually did find his original Nazi POW photo that you see above.  Not a copy--the real thing.  I actually found his whole Nazi POW file folder documenting all of his camps and so forth.  You know how Germans are--they are totally Type A--they document everything.    I never did find the original photo shown of his crew on the book cover above or his dog tag either.  Oh, well, at least we have the book.

PPS--Dad is the one in the front row--kneeling at far right as you look at the photo.  His duty station was in the top turret of that gunship as it appears almost directly above his head in this photo.  There he manned two belt-fed .50 caliber machine guns trying to shoot down German FW-190's and ME-109's as they flew through his bomber formations looking to blow a plane full of ten guys out of the sky.

Once again, Have a Great Memorial day & Many Cheers, jp

That photo of your dad is amazing.