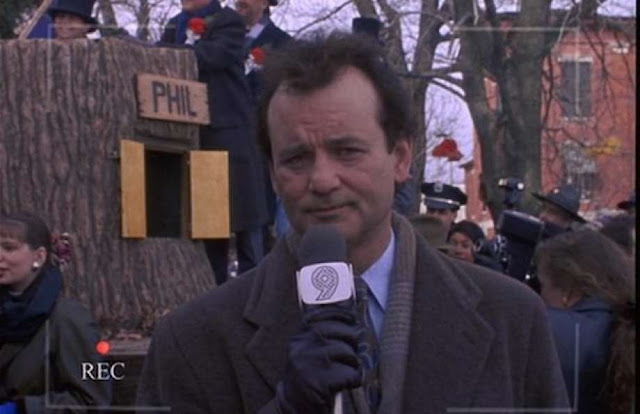 A quirky romantic comedy and a gimmicky sci-fi premise, “Groundhog Day” managed to tap into universal, spiritual, larger than life questions. What kind of person do I want to be? What would I do with eternity? Do I have the capacity to change?
But the creators of the classic film, released a quarter century ago, say that the Bill  Murray comedy’s deeper themes and success feel almost accidental.
“I was not trying to write a spiritual piece, but I was trying to write a story about a human life,” screenwriter Danny Rubin told TheWrap. “You sort of go through these periods of time where it’s not quite right, and you feel like you want to move on, and you feel like you’ve tried everything and it’s just not changing. Yeah, of course. I think that’s a very common, human experience. I don’t know many people who haven’t experienced something like that.”
If you were immortal and could live long enough, would you change? That was the question Rubin started with in imagining “Groundhog Day.” Suddenly he had an idea about something more than a man caught repeating the same day.
“For some of these arrested development types, maybe one lifetime isn’t long enough,” Rubin said. “Now it seemed really promising, because it wasn’t just a comedy premise. It was the story of a human life, a very long human life. I thought of it like Siddhartha, a man’s journey through life all on the same day.”
When Rubin first met with director and co-screenwriter Harold Ramis, Ramis was fascinated by the film’s references to reincarnation and resurrection. It all came as a surprise to Rubin, and he looked to Ramis to help the script’s final draft find the warmth and humanistic qualities that have made it a classic.
“Groundhog Day” producer Trevor Albert recalled getting a call from a Buddhist leader applauding them for making a film that embodied ideologies of regeneration. Some time later, he got a call from a Jewish organization that had embraced it as a perfect depiction of “mitzvah.” And these were hardly the only theories that have followed the film in the last 25 years.
“The chance for becoming a better human being in this lifetime, I think that’s a philosophy a lot of religions try to embrace,” Albert told TheWrap. “Neither one of us being particularly religious saw it more as a humanistic tale, and that was enough for us, but it’s certainly part of what appealed to me about it, that it was a comedy and it was a love story, but it was about something.”
“Why is it 5:59 and then 6:01? Is that because how old Moses was when the flood happened? Oh…might be,” Rubin joked. “Did you know that Nietzsche was trying to figure out how to dramatize his theory of eternal recurrence? Is that what you were trying to do? Yes? Because I thought that’s just what Hollywood needed!”
When we first meet Murray’s pompous weatherman Phil Connors, he already thinks of himself as a god. “I make the weather,” he says in the midst of a snowstorm blocking his way out of town. But he fears he has no future, he’s unaware of the world around him, and as he’s condemned to repeat the day becomes increasingly despondent.
“Wouldn’t it be great if we had that kind of experience and learn something from it? We go through life and are not always conscious of it,” Murray’s co-star Andie MacDowell told TheWrap. “Whatever religion you want to base yourself in, that’s ultimately why we’re here.”
MacDowell said for a movie about kindness, it was Ramis’ spirit that influenced “Groundhog Day’s” charm. She described him as “the nicest man” she’s ever worked with, always in a good mood and never grumpy. And she hopes that kindness rubs off on anyone who watches “Groundhog Day,” even 25 years later.
“Hopefully we do become more conscious of how we treat others and the affect we have every day, down to the point do we let the car go in, do we let a car pass us in Los Angeles, do we pick a fight, do we help an old lady cross the street? Are we conscious enough to make those decisions,” Macdowell said.
“It is about imbuing and hoping that irredeemable people can be redeemed. That’s the great human aspiration,” Albert said. “I’d like Donald Trump to watch the movie and see if it affects his behavior a little bit. You want people whose views you don’t agree with or who are unkind and selfish to be better human beings, or at least I do.”
MacDowell’s character Rita has a line as Phil has spent the day trying to woo her off her feet. “It’s perfect. You couldn’t have planned a day like this.” “Groundhog Day” too feels equally effortless in its charm and the spiritual legacy it has left on so many. “Well, you could,” Phil says. “It just takes a lot of work.”

If you absolutely MUST read the bove story in its ridiculously ad-infested context, here is the link:

http://www.sfgate.com/entertainment/the-wrap/article/Groundhog-Day-at-25-How-Bill-Murray-12546085.php
Posted by John Parsons at 7:48 AM

However you did this, thank you. Those ad infested sites make me crazy and I rarely get past the first assault before bailing. nice story, nice to read. Thanks again