The Japanese Friendship Garden was dedicated today.  There was a very large crowd on hand for the ceremony.  The Fire Department Pipe Band played before hand.  Bagpipes are a rather odd choice of music to open an essentially Oriental ceremony.  But whatever.  Some speech making took place and then our tall Mayor teamed up with several ranking officials from our Sister City, Tokai, Japan, to cut a ribbon officially opening the Garden to the public. This garden is easily one of the top new attractions in the city. We love it.
The photos below could easily be entitled, "How Many Officials Does it Take to Cut a Ribbon?" 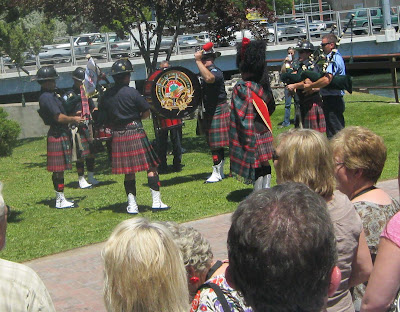 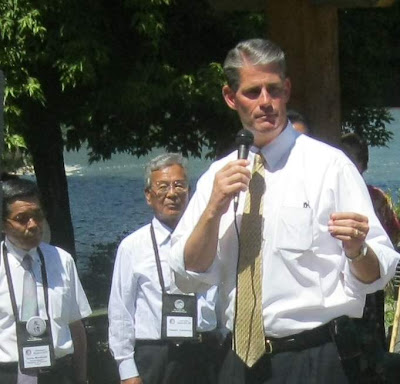 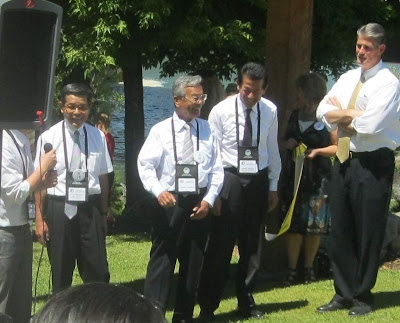 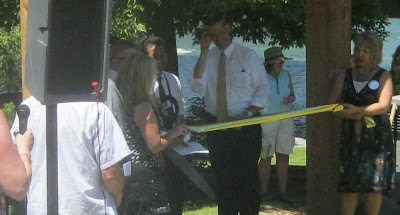 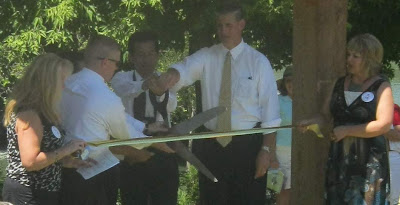 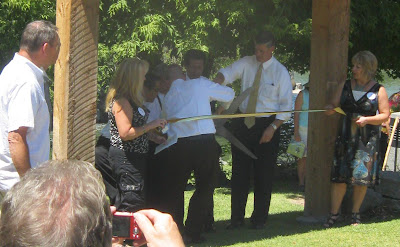 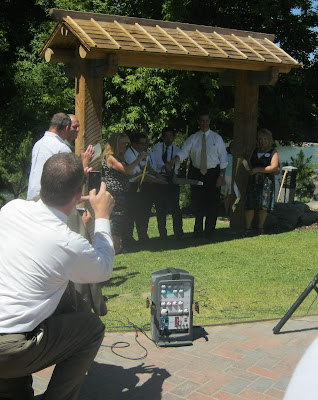 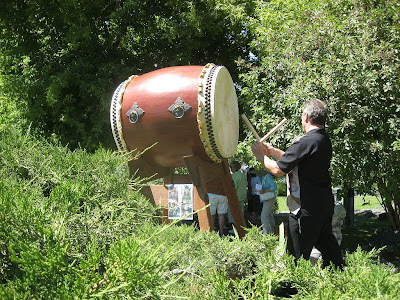