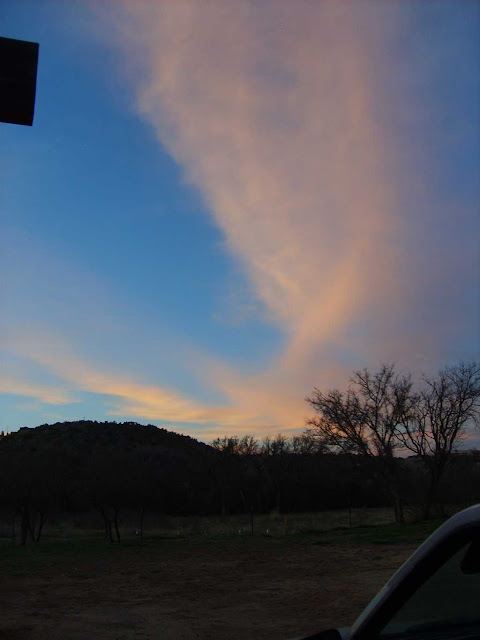 Henry's not human. Hertz doesn't rent cars and a Parad isn't a parade in need of a spell check.  We hope soon  we hear voices saying "here's your sign." It's our chance to bulk up on some capacitance and hope our inductance is up to snuff.  We're dropped all other tasks--even Zuki maintenance--and we're hamming it up for the next three days.

What the heck are you talking about this morning, Little Yonni?

Ah, we're soooo glad you asked.  At 9 am Saturday morning, we will be sitting in the Prescott Jeep Posse building putting pencil to paper to take the FCC Technician Level 1 Amateur Radio License Test.  We have a mere three days to learn what takes some people weeks or months to master.  We're trying mightily to become a Ham Radio Operator.

Frankly, the last time I had to cram so fast and furious was way back in 1969 when I was attempting to clear the final hurdles to get a college degree from Purdue.  That's back in the day when pulling an "all nighter" was the accepted route to academic success.

Astute LBR's will hark back to some blog chatter last May when we were obsessing about our safety concerns while doing those NVUM interviews in MOAN Country where cell signals were unknown.  Susun and I are fond of spending as much time as possible in places where cell signals will forever be unknown.  These are the types of places where a CB radio is also worthless because there's usually no one around to hear you "Breaker, Breaker, Good Buddy."   When something goes awry in CAT MOAN Country, you're really out of luck as far as calling for help.  Since we've acquired SuziQ, you may have noticed we are intent of tricking her out for travel deep into the far flung, remote corners of Arizona, Utah and Idaho.  Even though the vehicle will be maintained in tip-top condition, things can and do go wrong.  Then what happens?  How do you get help?

We have been interested in becoming a "Ham" ever since we washed ashore at Bowery Guard Station.  Although we had a Forest Service radio from the Sawtooth, we traveled in large areas where it couldn't find a repeater.  Our supervisor refused to allow us to access the repeaters of the neighboring Challis forest.  That's why get got interested in having our own ham radio.  Well, it was simply too costly and too cumbersome so nothing ever came of the urge.

Last May, the urge to be a licensed ham surfaced yet again.  But the same issues trumped the idea.  The cost of a decent handheld radio was prohibitive.  Meanwhile, enter Dear Friend & Neighbor Gary.  Gary's been a ham for 21 years.  He's also been on Search & Rescue for as long as we both can remember.  He's a very active member of the Verde Valley branch of the Yavapai County S&R.  Recently, the local S&R decided to upgrade their handheld radios.  Gary's learned this Monday night that he's getting one of the old radios for free and he's going to pass it on to us, saving us hundreds of dollars.

It's illegal to operate this radio without a bonafide FCC Amateur Radio License called a Technician Level 1.
By now, we're sure you get the picture.  When we learned yesterday that a radio was coming our way, we immediately began researching how to get the license.  Well, it turns out that the tests are only given once in a great while--maybe twice a year in this neck of the woods.  By some minor miracle, the Level 1 exam is being given Saturday morning in Prescott.

But here's the catch--a normal person would have been planning and studying well ahead since the steep learning curve takes most people weeks, if not months to master.  Somehow, I have to learn all this material in a mere three days.  Can it be done?  Possibly.  It's a long shot for sure but, hey, we believe in miracles so why not?

Luckily, all of the materials and practice exams are online.  The test is 35 questions but the questions are randomly drawn from 1,000 potential questions.  That means I have to learn at least 1,000 things by rote between now and Saturday.  Ouch, that's gonna hurt.   Ok, so a Henry is the measure of inductance and a Parad is the measure of capacitance.  Hertz was the smart German guy for whom kilohertz, megahertz and gigahertz are named.  If I pass the test then I will hear those voices saying "here's your sign" when I receive my official FCC amateur radio call sign.

Soooo.....all our previous plans are out the window.  This is too awesome an opportunity to pass up.  If I can pull off a minor miracle and get the license, then we can travel MOAN Country with a whole new sense of security and peace of mind.  That's why we're putting our nose to the ham bone the next three days.  Sometimes a guy's gotta do what a guy's gotta do.

PS--The photo atop this post is this morning's sunrise.
Posted by John Parsons at 8:08 AM

Good luck on the studying. Better you than me. After last summers 4 week 12 hour days shindig in Croatia, I'm done with serious studying for a while. Except maybe to get a license to be a wine and beer server in Idaho. Goatherder told me they have readily available courses here, too.

When I first heard this, I thought Jonni had had an even bigger brain fart than the time he considered learning to play bagpipes. Now of course, it all makes sense. Get that booze ticket Marti, it'll change your life. Or not.